DIMAPUR, SEPTEMBER 19 (MExN): Fourteen indigenous tribes from Nagaland under a single banner held consultative meetings with the NSCN (IM) at Camp Hebron on September 14 and at Niathu Resort on September 15 with the Working Committee of the 7 Naga National Political Groups (NNPGs) to discuss on the protracted Indo-Naga political solution.

According to a press statement, the sole objective of the 14 tribes was to convey that all Nagas are united and extends full support to both the groups engaged in peace talks with the Government of India. They stressed that it is the desire of all Nagas in all Naga inhabited areas for unity while leaving aside personal differences or gains for a single accord with the GoI and pave way for permanent peace in the region.

The press statement said when peace is ushered in the region, it would create a conducive environment for socio-economic growth, sustainable economy and infrastructural development facilitating and opening up opportunities to meet the aspiration for the future younger generation.

The 14 tribes also expressed appreciation on the quantum progress in the peace talks and acknowledged the selfless sacrifices and contributions made by the Naga national workers. It further said, the framework agreement was a historic achievement, which was a result of the effort and sweat put in by the Naga negotiators and would be acknowledged by every Nagas for the sacrifices made.

It meanwhile gave a clarion call to each and every Nagas to remain united and focus on the core issue of the Naga talks for an early solution leaving aside all personal differences. 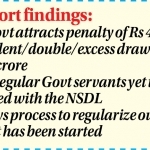 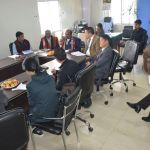 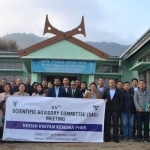