New Delhi, November 8 (IANS) On the third anniversary of demonetisation on Friday, the Congress and the All India Trinamool Congress slammed the central government and Prime Minister Narendra Modi, calling the decision a 'disaster'

Priyanka Gandhi in a tweet said three years since demonetisation, and "every claim made by the government and those hailing it as a slayer of all evils has been turned on its head. It proved to be a disaster that has all but destroyed our economy. Anyone want to claim responsibility?"

Rahul Gandhi echoed her sentiments as he tweeted: "It's three years since the demonetisation terror attack that devastated the Indian economy, taking many lives, wiping out lakhs of small businesses and leaving millions of Indians unemployed. Those behind this vicious attack have yet to be brought to justice."

Banerjee, in a series of tweets, said that within minutes of the announcement, she had said that the decision will ruin the economy and the lives of millions.

"Renowned economists, common people and all experts now agree. Figures from RBI have also shown it was a futile exercise Economic disaster started on that day and look where it has reached now. Banks stressed, economy in a complete slump. All affected. From farmers to the young generation to workers to traders, housewives... everyone is affected."

On this day in 2016, Modi addressed the nation to announce demonetisation of Rs 1,000 and Rs 500 notes to fight black money, fake currency and corruption. 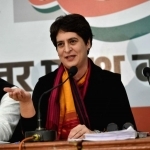 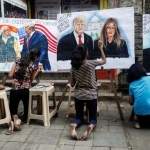