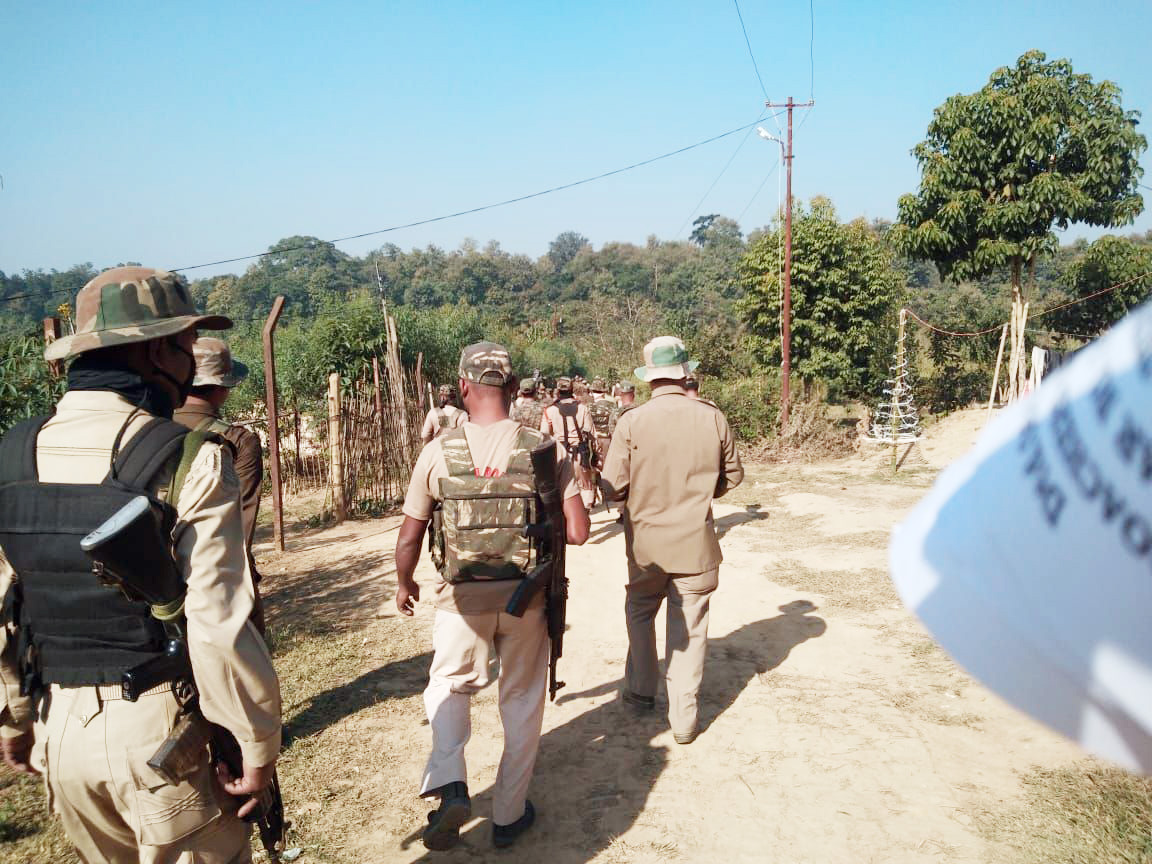 Accusing the Assam Forest Department of intrusion on land beyond its jurisdiction, Rilan villagers said that Forest personnel escorted by the Assam Police (AP) “came inside Rilan village, Dimapur in the early hours today and pasted eviction notice.”

The notice of eviction, as pasted, was dated December 6 and issued by the Divisional Forest Officer, Karbi Anglong West (T) Division, Diphu. It informed “all encroachers who have already encroached upon the forest land from FD Pillar No. 3 to 15 near the Rilan village-Dimapur & Tengnanglangso near Indisen village-Dimapur in & around FD Pillar No. 16-19 near Sensolikum village (who have encroached upon Forest land only), that the land you have encroached upon is well inside the ‘Doldoli Reserved Forest’ and also inside the areas of ‘Project Elephant & Dhansiri-Lumding Elephant Reserved’ as per the Notification No. FRW-44/2002/70 dtd 19th April/2003.” It informed to vacate what the notice described as encroached areas within 14 days from the date of issue of the notice.

It was informed that today’s incident was preceded by a patrol of Assam Forest personnel escorted by AP personnel passing through the village about 2-3 days back.

Rilan village is situated near NH 36 on the western periphery of Dimapur district, Nagaland, bordering East Karbi Anglong district of Assam. It has been a scene of intermittent episodes of tension and standoffs with the Assam Forest Department and Assam Police over the last few years, though largely ignored, while the larger inter-state border dispute between the Assam and Nagaland state governments drags on at the Supreme Court.

The Dimapur district administration was informed of the incident and a team of officials led by the SDO (Sadar) visited the village to take stock of the situation.