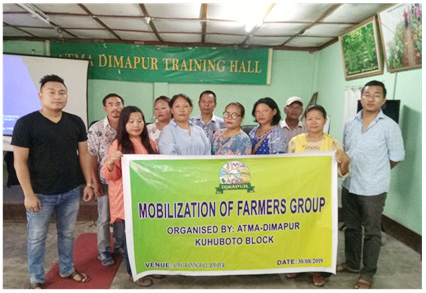 It stated that Ameto, gave a brief outline on the development prospect of horticulture in Northeast region and further illustrated on the technology that is being implemented in the horticulture sector. He also elaborated on the advance method that is being taken up by the farmers of Northeast region which is of great success. He encouraged the farmers to give an utmost care to the plants while handling and planting.

Meanwhile, Mlato Swu gave a brief introduction on banana plants growing with varying degrees of success in diverse climatic conditions. He also elaborated banana as a rain-fed crop in Nagaland. It is grown in the plains, mid hills and hilly areas in almost all districts of Nagaland. It can be grown in all types of soil, he mentioned. Mlato further illustrated on the economic importance of banana, spacing, diseases and its management. The programme concluded with an interaction session, the release said.