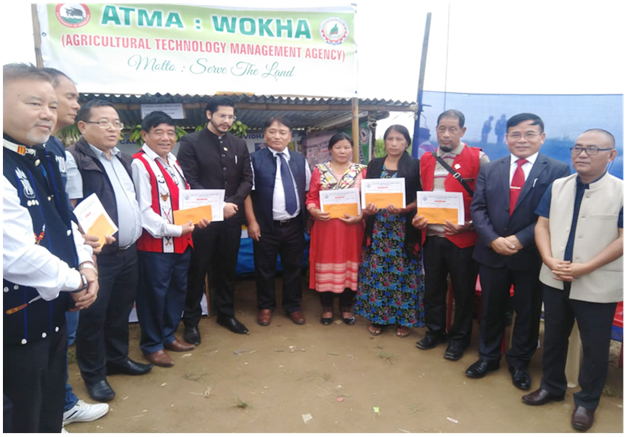 A press release issued by the Deputy Project Director, ATMA Wokha stated that various organically produce Agronomical and Horticultural crops were put on display for promotion of local agricultural produces and upliftment of farmers in the District. The stall was inaugurated by the Chief guest Metsubo Jamir, Minister for Rural Development. One of the main objectives of the programme was Farm information dissemination where publications like booklets, leaflets, pamphlets, folders on various agricultural farming practices of local translation were distributed freely to the public. Awareness on the Kisan call centre, kisan suvidha app were made known to the public, it added.

ATMA Wokha also gave away farmers awards to sincere and hardworking dedicated best individual farmer and best farmers organized groups. Cash award of Rs 10,000 and a certificate was given to 3 individual farmer and 2 best performing Self Help Groups (SHG). The awards were handed over by the Chief guest Metsubo Jamir.