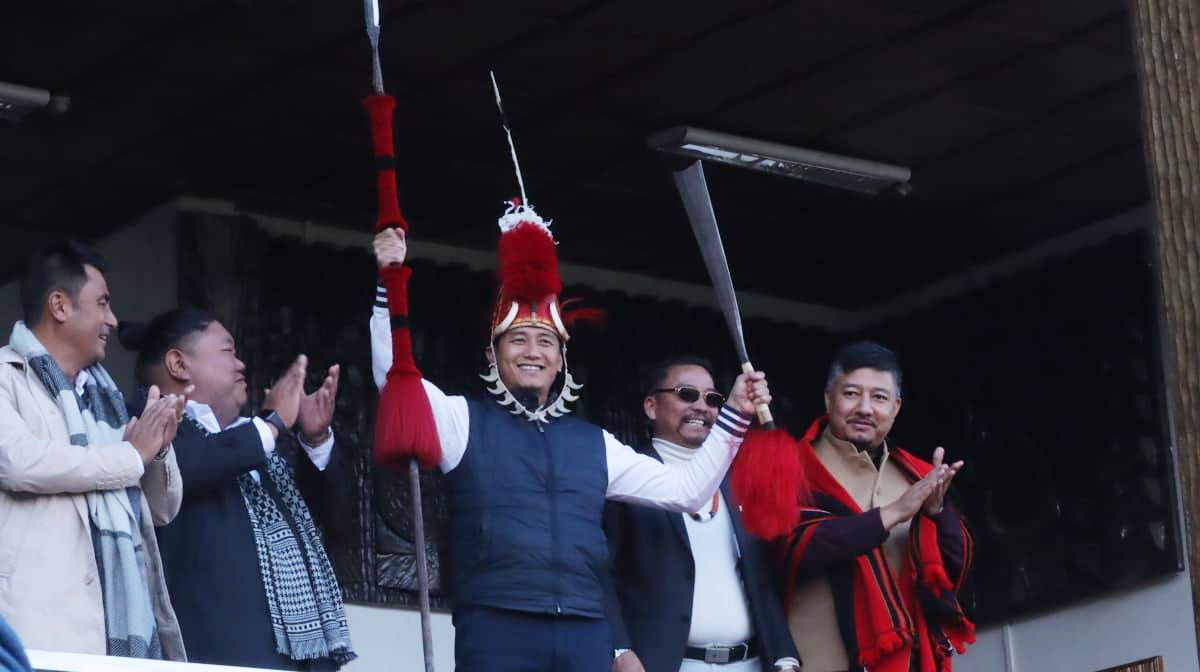 He commended the way in which the Hornbill Festival highlights the rich and colorful culture of the Nagas and encouraged the rest of the Northeastern states to follow suit in organizing such a festival. He concluded by saying that the Hornbill Festival is a great example of promoting one’s state and its people and the rest of the states can draw inspiration from it and creates something that will have a positive impact on the entire of North East.

Special guest of the function, Larsing LD Sawyan said the Nagas have a unique identity of culture which is well preserved, celebrated and showcased through the Hornbill Festival which gets bigger and bigger every year. He said that the Hornbill Festival has become famous across the country and is in a way related largely to the identity of the North East India when one look at it as a tourism destination.

He expressed hope that new changes will take place across the country beginning from the North East with the Naga people playing an active and leading role in taking the northeastern state forward.