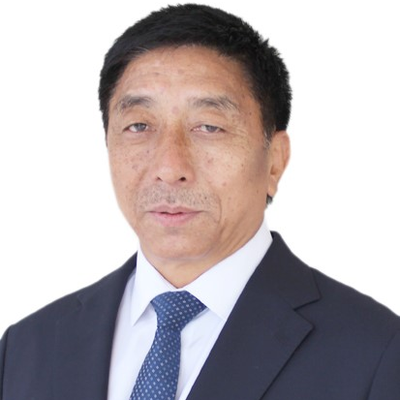 A press release from the MP said that “the notion of millions waiting at the Bangladesh border once the bill is passed is an absolute fallacy.” “CAB is to give Indian citizenship to people who already reside in various parts of India,” he stated.

The statement comes after the NSF had asked both the Nagaland MPs and the MP for outer Manipur Constituency to explain their rationale for  supporting the CAB.

“Immigrants can only settle in our lands when and only they are given a Permanent Resident Certificate by village councils and municipal authorities, so why the fear of being overrun by people who are already living in some part of our country?” the MP posed.

“Will they be willing to leave their current homes and jobs to come and live under our tribal and customary laws?” he further asked.

Explaining the bill, Yepthomi said that while the Citizenship Amendment Bill 2016 had “nothing mentioned about protection of North Eastern States,” the newly amended bill gives “protection to states under the Sixth Schedule and Bengal Eastern Frontier Act 1873.”

He informed that during the NDA meeting held November 17 MPs from Mizoram, Manipur and Nagaland urged the Union Home Minister to exempt their states to which he agreed in the presence of the Prime Minister.

“I urge one and all to kindly spare time and read the contents of the Bill,” he appealed.

The MP informed that Meghalaya does not have ILP and this is the reason for protest in the state. He added that the Chief Minister of Meghalaya met the Home Minister on December 13 evening for implementing ILP in his state and they are going to convene a special one day Assembly session to pass a bill to cover the entire state under ILP. Manipur has also been brought under the ambit of ILP to exclude it from CAB, he pointed out. Yepthomi claimed that the exclusion of various states from CAB has been possible because of co-ordination of MPs from the NE.

On his speech at the Parliament, the Nagaland MP stated that “it is also the practice in Parliament that members are given time to speak according to the numeric representation of a party.” “As most members from northeast are lone representatives we are only given three minutes each to speak, thus limiting our time to speak on issues,” he added.

Meanwhile for Nagaland, the MP pointed out that even Dimapur is now covered under the ILP and the onus is now on the Naga people as to how we implement it to safeguard our lands.

“Unless we allow/permit a person to come and settle in our land how can one forcibly come and settle in our land? Immigrants are in our state because we choose so that they till our lands, build our houses, fix our electricity, fix our plumbing, sell vegetables grown on our very soil, load and unload our commercial vehicles amongst many other employment avenues,” Yepthomi stated.

Pointing out the hue and cry about unemployment in the state and how immigrants are draining the state economy, the MP however questioned “what is the cause for immigrants to come to our state?” “It is because we ‘allow/permit’ them to do so because we do not do the works that they are doing,” he stated.

He meanwhile stated that as a region “we should all stand by one another, but we have to understand the genesis for protests in Assam and their internal state dynamics.”

“My duty as MP from Nagaland is to serve in the interest of our state and with assurance given to us by Home Minister to exempt Mizoram, Manipur and Nagaland out of the purview of CAB I supported the bill in parliament,” he added.
Yepthomi said that his voting in favor of the CAB was not a unilateral decision but one taken after directives from his party President and leaders.