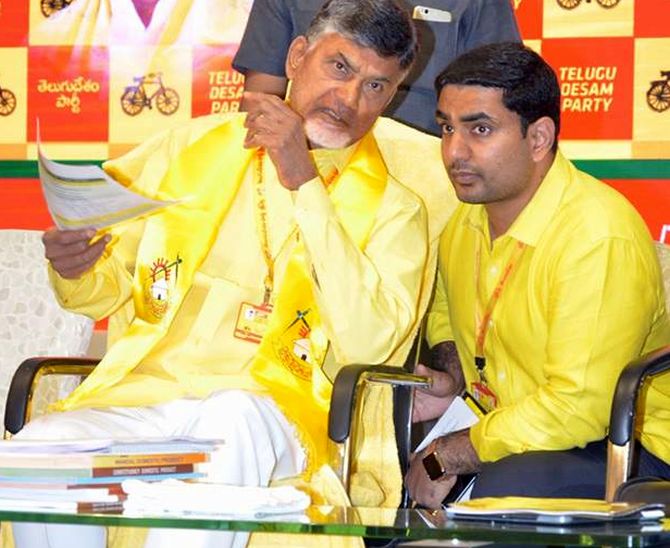 Naidu was supposed to hold a hunger strike from 8 am to 8 pm at his residence.

TDP leaders and workers who were trying to go to Naidu's residence were stopped by police and taken into preventive custody.

Police said the TDP has no permission for the rally