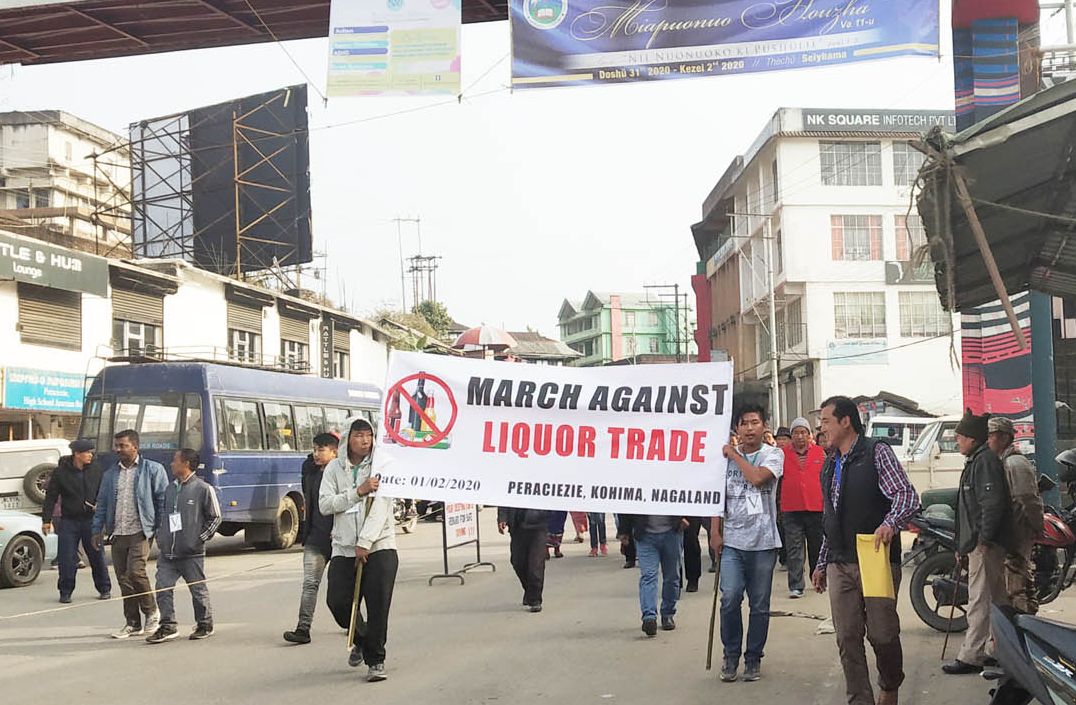 With authorities failing to curb sale of liquor despite a total prohibition act in place (Nagaland Liquor Total Prohibition Act 1989), the Peraciezie Colony, Kohima organised a march against liquor trade on Saturday.

The anti-liquor protest was organized by the Peraciezie Colony maintaining that alcoholism is tearing down and taking away the productivity of many youths, and sensing impending danger among the upcoming generation.

The march saw participation of people from all walks of life who marched from Sanuorü -Sekhose Petrol Pump High School- High School junction. The colony has already issued a ban order to 43 liquor outlets within its colony, and w.e.f February 1 has banned all kinds of alcohol production, store and sale within its jurisdiction.

Speaking to The Morung Express, Peraciezie Youth Organisation president, Kevisetso Miachieo expressed grave concern over the mushrooming of numerous liquor outlets in every nook and corner, which is destroying the lives of many people.

“How do you feel when you see drunkards sleeping on the pavements, peeing on the road, fighting outside your homes every day?” questioned Miachieo and stated that the colony doesn’t want its youth and younger generation to grow up in this kind of environment.

This menace is destroying our society, stated Miachieo and asserted that the colony will strictly enforce this ban and strict penalty will be impose on those who violate its order.

Head GB, Vizalie Keli-o regretted that many have died due to alcohol and many homes and family are falling apart.

8.1% consumes alcohol in Nagaland
According to a report by the Ministry of Social Justice and Empowerment, Government of India titled “Magnitude of substance use in India” conducted by the National Drug Dependence Treatment Centre (NDDTC) AIIMS, New Delhi, Nagaland stands at 8.1% of alcohol consumers out of which 14.5%  are males.

At the national level, around 18.5% of current users consume alcohol in a dependent manner, stated the report and further pointed out an interesting fact that while overall prevalence of current use of alcohol is lower in the states where alcohol use is prohibited as per law, a substantial proportion of alcohol users in these states fall in the category of harmful or dependent alcohol use (Gujarat – 30%; Bihar – 16%, Manipur – 17% and Nagaland – 20%).

States with the highest prevalence of alcohol dependence are Tripura (13.7%), Arunachal Pradesh (7.2%), Chhattisgarh, Punjab and Andhra Pradesh (around 6% each).

Overall in the country, about 5.2% of population aged 10-75 years needs help with their alcohol use problems and Nagaland stands between 5-10% prevalence of alcohol use disorders.

With Nagaland still struggling to enforce the NLTP Act albeit unsuccessfully, many view that the Act should be reviewed since it is doing more harm to the people and the economy of the state, rather than having the slightest positive impact on its intended purpose. 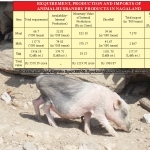