Sitting Zoram People’s Movement (ZPM) legislator and party leader Lalduhoma on October 21 said that the Citizenship (Amendment) Bill will be harmful for Mizoram if the Centre re-introduces and passes it.

Addressing a meeting at the party office here on Monday, Lalduhoma said the state will be in danger as the existing Inner Line Permit (ILP) system has nothing to do with curbing illegal influx although Union Home Minister Amit Shah had promised to include a special clause in the ILP to check influx.

Shah during his visit to Aizawl on October 5 had promised civil society groups that a special clause will be added to Bengal Eastern Frontier Regulations (BEFR)  to strengthen the existing ILP system in Mizoram. He also talked about formation of Mizo battalion in Central Reserve Police Force.

Reacting to the Union Minister’s remarks, Lalduhoma said that neither there is connection between ILP and Ctizenship (Amendment) Bill nor the creation of Mizoram CRPF battalion is lawful.

According to him, formation of a "complete Mizo battalion" in para-military force is against the recruitment rules.

“Even if the Centre creates Mizo battalion in CRPF against the existing recruitment rules, there is little chance for the CRPF to be posted at Bangladesh border, which is Mizoram’s most concern, as the area falls within the ambit of Border Security Force (BSF),” he said.

“No matter the Centre creates huge Mizo battalion, the Mizo people in no way will be safe from illegal influx of migrants from Bangladesh if the Centre passes CAB,” he added.

Meanwhile, another ZPM legislator Dr Vanlalthlana (Mathlana) alleged that the state government has ignored agriculture sector. He stated that more than 60 per cent of the state’s population is agriculture dependent. 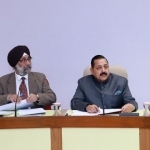