Congress divided India on the basis of religion: Shah 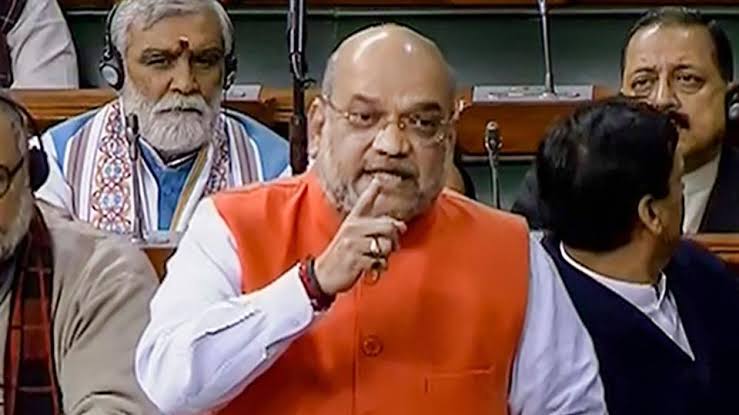 New Delhi, December 9 (IANS) Union Home Minister Amit Shah on Monday launched a scathing attack on the Congress accusing it of dividing India on the basis of religion during its partition, and that the move made at that time, now led the government to bring Citizenship (Amendment) Bill, 2019.

The Minister made the remarks during debate on the introduction of the Bill which seeks amendment to the Citizenship Act, 1955, which was enacted to provide for the acquisition and determination of Indian citizenship.

"If the Congress had not divided the country on the basis of religion when India got freedom, there was no need to bring the (Citizenship Amendment) Bill," Shah said.

The Minister accused the grand old party of "dividing the county on the basis of religion during partition".

On a specific objection raised by the opposition on Jammu and Kashmir, Shah alleged "you don't consider Kashmir as part of India".

Following over an hour debate on the Bill's legislative competence if it can be taken or not, the lower house passed it after division of votes with 293 in its favour and 82 against.

Introducing the Bill, the Home Minister rejected allegations of opposition members, saying, "I assure that the Bill does not violate any Article of the Indian Constitution and that any citizen will not be deprived of his/her rights".

"Every citizen has been given place in the Bill on the basis of reasonable classification."

He said that the Bill seeks to provide Indian nationality to Hindus, Christians, Sikhs, Parsis, Jains and Buddhists fleeing persecution in Pakistan, Afghanistan and Bangladesh.

The Bill further seeks to protect the constitutional guarantee given to indigenous populations of northeastern states covered under the sixth Schedule of the Constitution and the statutory protection given to areas covered under "The Inner Line" system of the Bengal Eastern Frontier Regulation, 1873.