Terming the passage of the controversial Citizenship Amendment Bill (CAB) as the darkest day for the people of the North East, former Meghalaya Chief Minister, Dr Mukul Sangma, lambasted the Bharatiya Janata Party (BJP) led National Democratic Alliance (NDA) government for failing to hear the various protests of the indigenous tribes of the region.

The Congress leader stated that they would begin with a black badge protest on the passage of the Bill with further protests to be taken up later dates.

Flanked by his daughter, Ampati MLA, Miani D Shira, Dr Sangma addressed a press meet in the Congress Bhavan in Tura in Monday to let out his angst at the "bull dozing" of the Bill by the BJP led government at the Centre.

“We are disturbed that despite having demonstrated the resolve to protest the introduction of CAB, the NDA government has gone ahead and passed the Bill in the Lok Sabha. It appears they are determined to pass this Bill into an Act,” said Dr Sangma.

“The concern of the people of the NE had articulated their concerns in a way that the government of the day can understand and they are able to take cognizance of the concerns and address these but they chose otherwise,” the former CM said.

Dr Sangma added that he was a part of the delegation, consisting of civil society, governments of the NE including political parties, all of who were unanimous in their opposition to the controversial Bill. The delegation had spoken on the matter to the NDA in New Delhi.

“We found that the entire exercise, involving all stake holders was only cosmetic. There are now attempts to camouflage the entire intention of the Bill in such a way that the people of the NE are protected through ILP and Sixth Schedule, which are exempted. It is common sense that there cannot be 2 classes of citizens,” said Dr Sangma.

Dr Sangma alluded to the long drawn anti-foreigner movement of the NE which ultimately culminated into the Assam Accord 1985.

Dr. Sangma opined that the exemption does not make sense as foreigners can now apply for citizenship from anywhere and then move as citizens to other parts of the country.

“We are opening up a Pandora’s Box. We don’t know how many people will be eligible and after they attain citizenship, where will they gravitate. I have shared this concern that all these foreigners will ultimately move towards the East and the NE because of demography,” asserted Dr Sangma.

These concerns, according to Dr Sangma will lead to a humanitarian crisis.

“We may not have the numbers to be palpable but we must understand that in a democracy the spirit of inclusiveness must always prevail,” he stated.

He added the humanitarian crisis will also engulf neighbouring states as CAB would be used as a pretext for further persecution of minorities in those countries.

“The fact that they are bulldozing this Bill does not augur well. They are not sensitive to the concerns of the people where there is a requirement for a coherent and harmonious society,” he added.

Dr. Sangma said that a revisit to the past would reveal that the entire region was in turmoil mainly due to the sense of insecurity, fear of dilution of the demography of the NE.

“The fear has been that the indigenous people would not be able to preserve their identity with their population being microscopic. It is time for us to ensure that the voice of the NE is heard loud and clear,” he said.

“CAB will have tremendous social impacts for the NE and no matter what party we are from in the NE, we are united in our opposition to it,” said Dr Sangma. 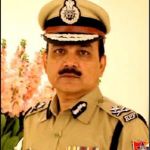