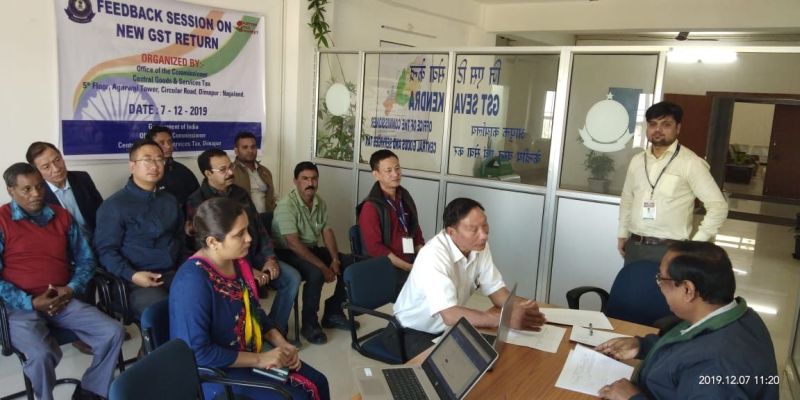 Participants during the GST stakeholder feedback session on the new returns systems held at the Office of the Commissioner Central GST Dimapur Commissionerate on December 7.

A press release issued by Sashi Wapang Lanu IRS, Joint Commissioner, Central GST Commissionerate Dimapur stated that the New GST returns are likely to be introduced by the Government in the next financial year and a trial version is available online for all GST stakeholders to evaluate and familiarize themselves with before the new format is launched next year.

The Finance Minister has been seeking direct feedback from the tax payers and tax practitioners on suggestions for improvements and these GST Stakeholder feedback sessions were conducted throughout the country at every GST Commissionerate and Division office.

The session was attended by tax payers and practitioners who gave their feedback and valuable suggestions on the new GST Returns system.