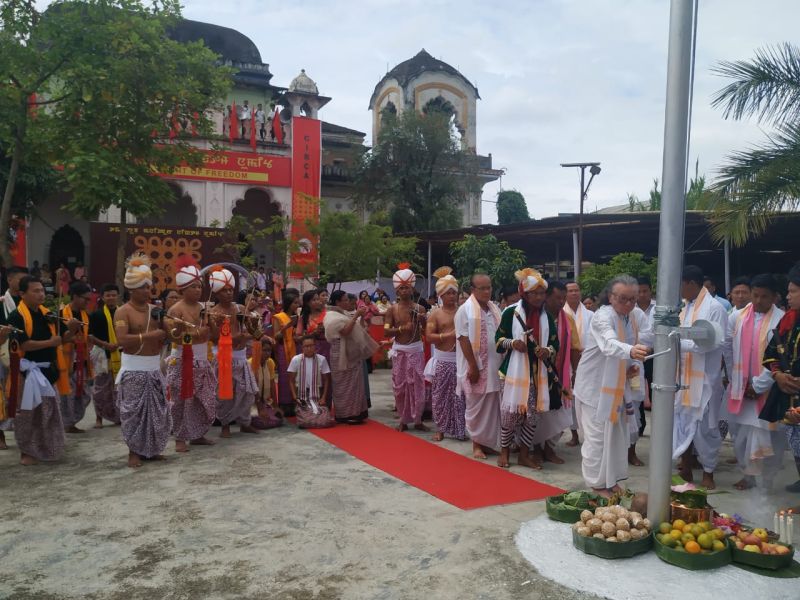 Various civil society organisations on Wednesday celebrated the 73rd Manipur Independence Day, remembering the historic day on which the British left the then kingdom of Manipur, marking the end of the colonial rule.

Various functions were held at different levels by the civil society organisations, remembering the day as Manipur Independence Day by hoisting flag of the then kingdom of Manipur.

One of the functions held at Sana Konung (Royal Palace) in Imphal, Titular king of Manipur, Leishemba Sanajaoba unfurled the flag of Manipur which was followed by slogan demanding pre-merger political status for Manipur. The event was organised by Coalition For Indigenes’ Rights Campaign (CIRCA).

The Titular king then said that after keeping under its colonial rule from 1891, the British freed Manipur on the intervening midnight of August 14 and 15 1947 and the Manipur national flag was hoisted in the morning of August 15 at 7.10 am.

He then urged the civil society organisations celebrating the historic event not to create confusion to the people by hoisting different flags while stressing the need for an in-depth research on the flag which was hoisted on that historic day.

There can be no proof of religious persecution: BJP's Sarma
North-East / 19 Jan 20