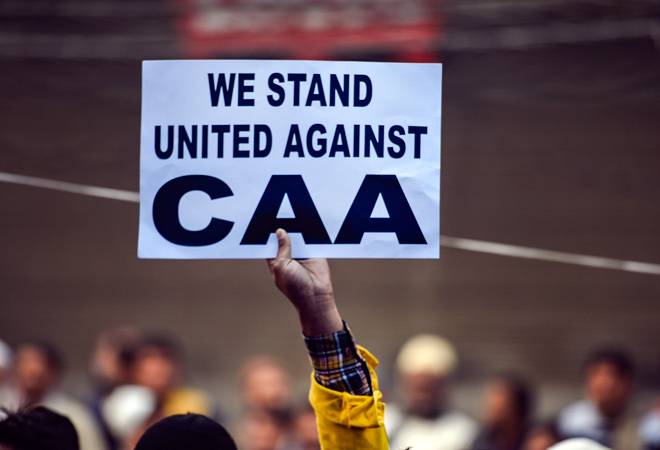 Shutdown in protest against CAA

DIMAPUR, JANUARY 21 (MExN): The All Nagaland College Students Union (ANCSU) and the Dimapur Naga Student’s Union (DNSU) has appealed to all colleges in Nagaland to observe a total shutdown of their respective institutes on January 22 as a sign of protest against the Citizenship Amendment Act (CAA).

A press release from the ANCSU president, Vimetiekho Vitso and General Secretary, Imnameren N Jamir urged the college/institute authority, faculty, staff and students to observe this day “as a sign of anti-CAA, 2019.”

“Amid massive protests against the bill, the bill has been passed into an act. The right thinking citizens of the nation have been opposing the CAA but despite such democratic protests, the voice of the citizens has been paid a deaf ear,” the ANCSU stated.

It reminded that the Supreme Court is scheduled to hear the petitions filed against the CAA on January 22.

“As this day would mark an important verdict for the nation, the Northeastern Universities students' fraternity has declared a total shutdown of all the universities and colleges in Northeast India on Wednesday, January 22,” the ANCSU informed.

The union expressed belief that the Supreme Court would neither delay judgement nor legalize the CAA, 2019, which the former termed is “unconstitutional in nature.”

The DNSU has also appealed to all colleges and universities in Dimapur to observe the total shutdown on January 22.
“It is also in our hope that during the hearing, the Supreme Court will address the unconstitutional and contentious Citizenship Amendment Act and its ill repercussions on the indigenous masses of North Eastern states,” a press release from the DNSU media cell stated.

Be a voice, not an echo: NUSU
Meanwhile, student bodies of Nagaland University’s two campuses have also extended support to the call for shutdown.
According to the Information & Publicity Secretary of Nagaland University Students’ Union (Lumani), though the NU is yet to resume classes owing to the winter vacation, the NUSU (L) stands in solidarity with the other universities in the region. Its Kohima campus counterpart was also said to have extended support to the call.

A press release from the NUSU informed that student leaders from all Central Universities along with some state universities in the NE came together at a conference on January 19 against the Citizenship Amendment Act (CAA).

The Conference under the theme “Echoes from the Hills” was organized by the Tezpur University Students’ Council which was attended by universities such as Cotton University, Nagaland University, Guahati University, Dibrugarh University, Rajiv Gandhi University, NEHU, Assam Agricultural University and North Eastern Regional Institute of Science and Technology.

Though Manipur University, Mizoram University and Sikkim University could not attend they sent their support and solidarity, it informed.

The conference, it stated, was “purely non-political nor did it show bias towards any political party, nor is it against the government.” It rather “showed that the entire North East is together, firm against CAA,” the NUSU stated.