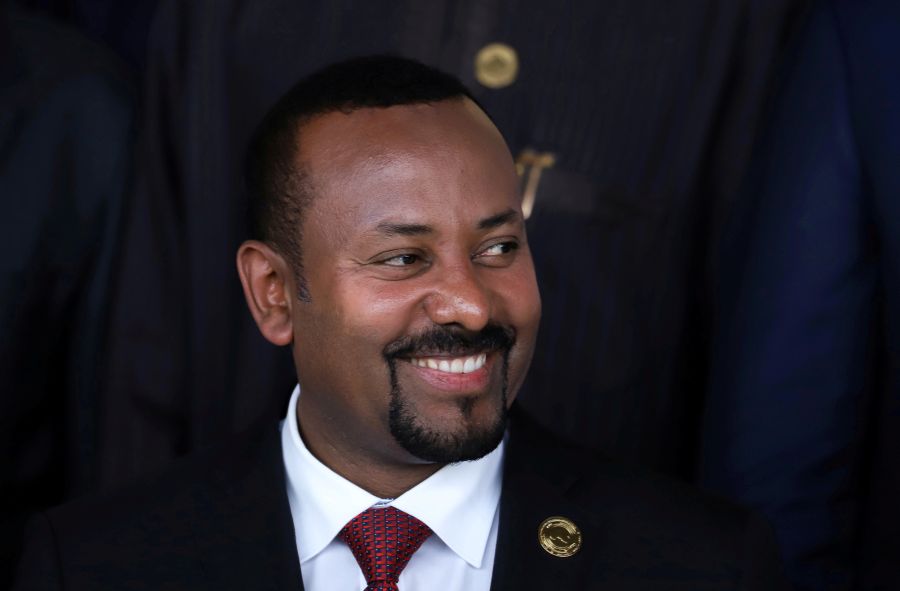 Ethiopia's Prime Minister Abiy Ahmed poses for a photograph during the opening of the 33rd Ordinary Session of the Assembly of the Heads of State and the Government of the African Union (AU) in Addis Ababa, Ethiopia on February 9, 2020. (REUTERS File Photo)

ADDIS ABABA, February 14 (Reuters): Ethiopia's election board on Friday set a date of Aug. 29 for parliamentary elections that will be a first test of voter support for Prime Minister Abiy Ahmed, who has eased political restrictions since he took office in 2018.

The date is two weeks later than the electoral board had previously indicated, on account of weather.

"Looking at parts of the country which will be affected by the rainy season, pushing the schedule a little further will ease our burden," board chairwoman Birtukan Mideksa said at a conference on election preparations taking place in Addis Ababa.

Less areas will have rain compare at the end of the month, she said.

Ethiopia's 109 million people are experiencing unprecedented political and economic change, but Abiy's reforms have also unleashed ethnic rivalries that have spilled into violence.

Plans to hold the parliament and regional council elections in May were postponed as neither authorities nor parties would be ready, Mideksa said in January.

Ethiopia has had regular parliamentary elections since the Ethiopian People’s Revolutionary Democratic Front (EPRDF) took power in 1991 but, with one exception, none were competitive.

Abiy, who won the Nobel Peace Prize last year for his efforts at reconciliation with Ethiopia's neighbour and longtime foe Eritrea, has promised that this year's vote will be free and fair.