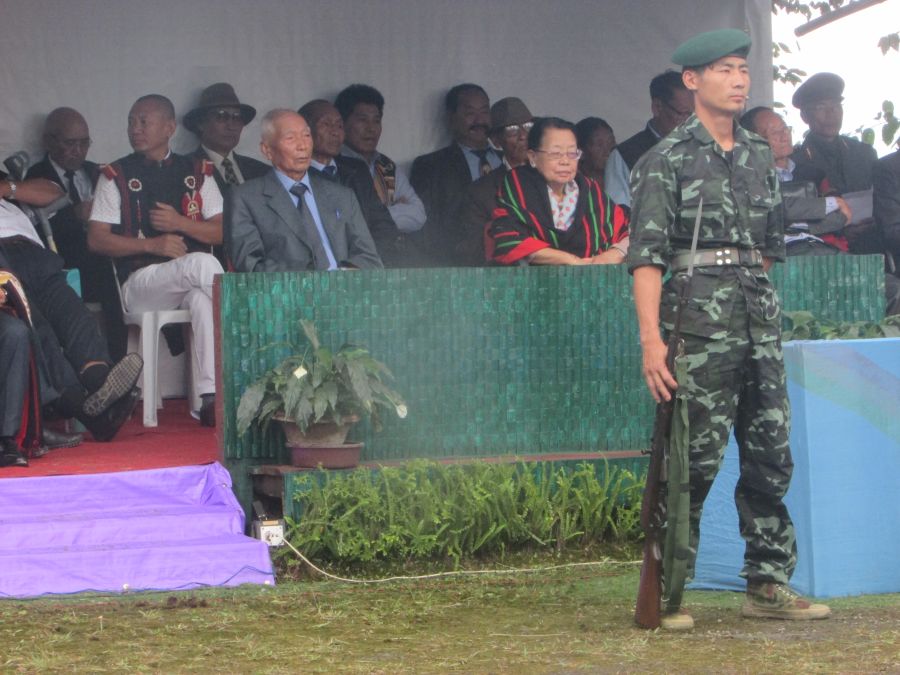 Federal Government of Nagaland (FGN) Kedahge Gen.(Retd) Viyalie Metha today reiterated that the FGN upholds the policy of Naga National Council (NNC) which is non-violence and peaceful co-existence; so also honours and upholds the international ceasefire agreement signed between the Government of India and FGN which became effective on September 6, 1964.

Addressing the 73rd “Nagaland Independence Day” at Peace Camp, Chedema, organised by NNC/FGN, Gen.(Retd) Metha reminded that Nagaland and Naga people as a nation is God given, adding “Nagaland was neither carved out of any other nation nor a sprout by wit of some people.”

Thanking the National workers who sacrificed their lives while defending Nagaland, he said “We remember and honour our leaders and soldiers who suffered, toiled and laid down their ultimate lives for our nation and for us for whom we are able to stand as a people and as a Nation. They shall be remembered all through the annals of Naga history.”

Stating that Nagaland declared it’s Independence before India became an Independent country, Gen. (Retd) Metha said “We know our national right, we are not demanding anything from India and neither do we have anything to negotiate with India in the matter of Nagaland as an independent Nation.”

NNC president Adinno Phizo was also present on the occasion.