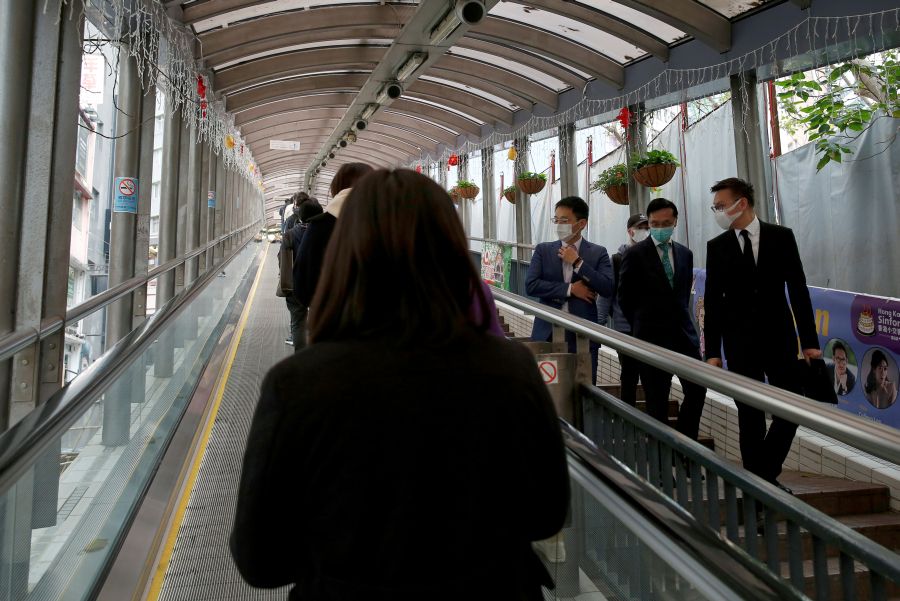 People wear protective masks as they walk through the financial central district, following the outbreak of the new coronavirus, in Hong Kong, China on February 10, 2020. (REUTERS Photo)

Lam, speaking at a press conference, said the government would provide HK$4.7 billion ($605 million) to the Hospital Authority in addition to a series of one-off payments to retailers and others impacted by the outbreak.

Hong Kong has 56 confirmed cases of the virus, which has killed one person in the city.

Chinese authorities on Friday reported more than 5,000 new cases of the infection, taking the total number of infected to 63,851. Some 1,380 people have died of the virus that emerged in December in Wuhan, capital of the central province of Hubei.

Lam, accused by some residents of mishandling the health crisis, said the government would issue one-off payments of HKD$80,000 to certified travel agents and between HKD$80,000 and HK$200,000 to restaurants, food and beverage businesses based on their size.

"My biggest concern now is really for us to overcome this public health crisis together so that we could then focus on re-launching Hong Kong and rebuilding Hong Kong's economic strength," Lam said.

The package will need to be approved by the city's Legislative Council.

Travel restrictions and other efforts to contain the virus have dealt another blow to a city already grappling with the impact of months of often-violent protests. The economy contracted for the first time in a decade in 2019.

Lam called this week on residents to stay indoors as much as possible. Shopping malls and restaurants are almost deserted as people work from home and schools remain closed.