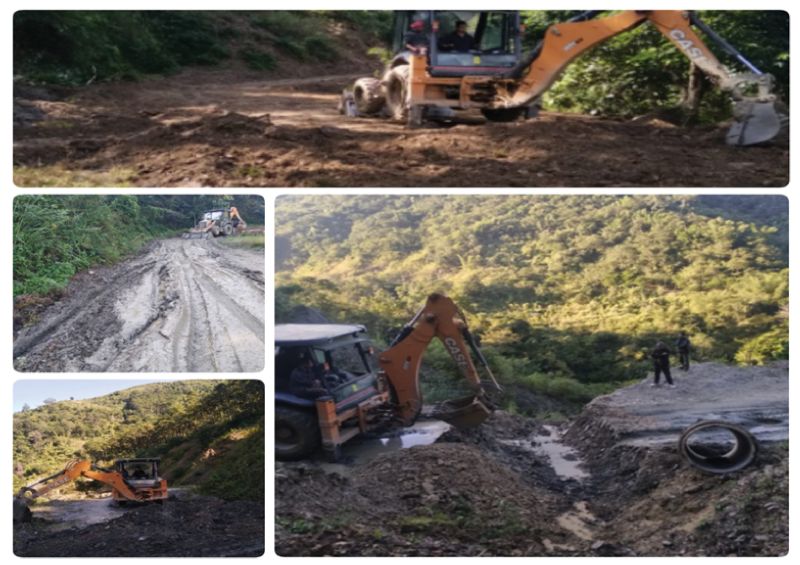 A per a press release from KSU, as an apex tribal organization, it said that the union gives priority in respect to road connectivity within its jurisdiction apart from educational institutions and initiatives. The union held that it is the road that will bring all developmental activities to far flung villages.

The release said that this was the only road that connects most of the eastern Khiamniungan villages under India and beyond border (Myanmar).

While stating that it found “many loopholes” in implementing programmes by the state government and the concerned department, it said that the KSU will inspect all the on-going works under its jurisdiction and asked all the concerned contractors to resume and complete at the earliest possible.

The union cautioned all the contractor’s allotted schemes both fresh or maintenances under its jurisdiction to implement it as per the work order till the completion of proposed length. It further directed all the concerned Village Councils not to issue completion certificate to any contractor without the knowledge of KSU, “as long as the projected road has been inspected and satisfactory, failing which the union will take its own course of action.” KSU appreciated the adjoining villages, Executive Engineer, R&B Noklak and individuals for their support and contributions towards the union’s initiatives.