Nepal to include yoga in school curriculum 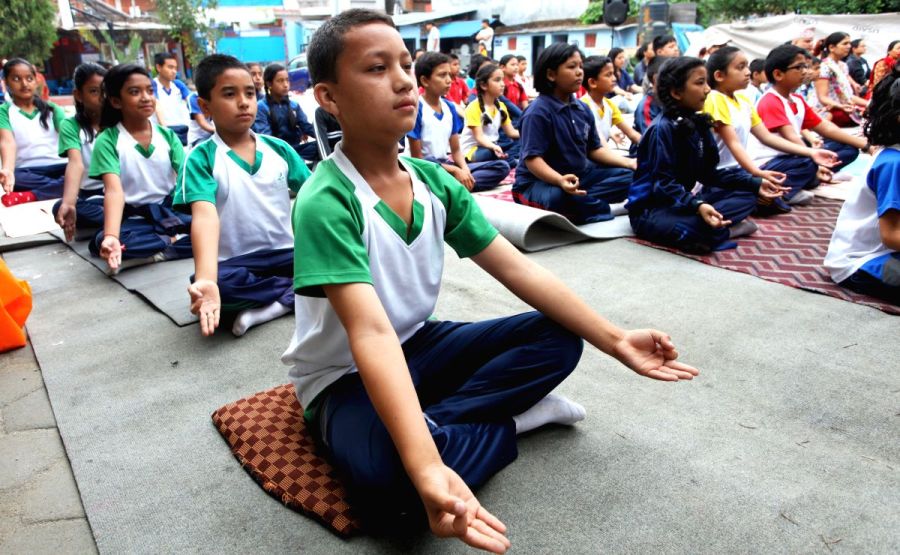 Nepal to include yoga in school curriculum. (IANS File Photo)

KATHMANDU, JANUARY 13 (IANS): The Nepal government is set to make yoga education compulsory for school children by including it in their curriculum, it was reported.

On Sunday, Krishna Prasad Kapri, Joint secretary at the Ministry of Education, Science and Technology, said: "The ministry has completed designing courses on yoga for grades IX, X, XI and XII," The Himalayan Times reported.

"Through integrated approach, certain topics about yoga will be included as part of the compulsory subjects such as English and Nepali. However the students can make choice between yoga, Ayurveda and natural medicine as optional subjects," said Kapri, adding that these courses will be implemented from the upcoming academic session.

Ministry spokesman Deepak Sharma said that yoga was being integrated in the curriculum "to promote a healthy lifestyle".

Another curriculum for a three-year vocational course on 'Technical School Leaving Certificate in Yoga, Ayurveda and Naturopathy' has also been designed which will be taught under three-year diploma programme.

The curriculum will be timely revised as per the need.