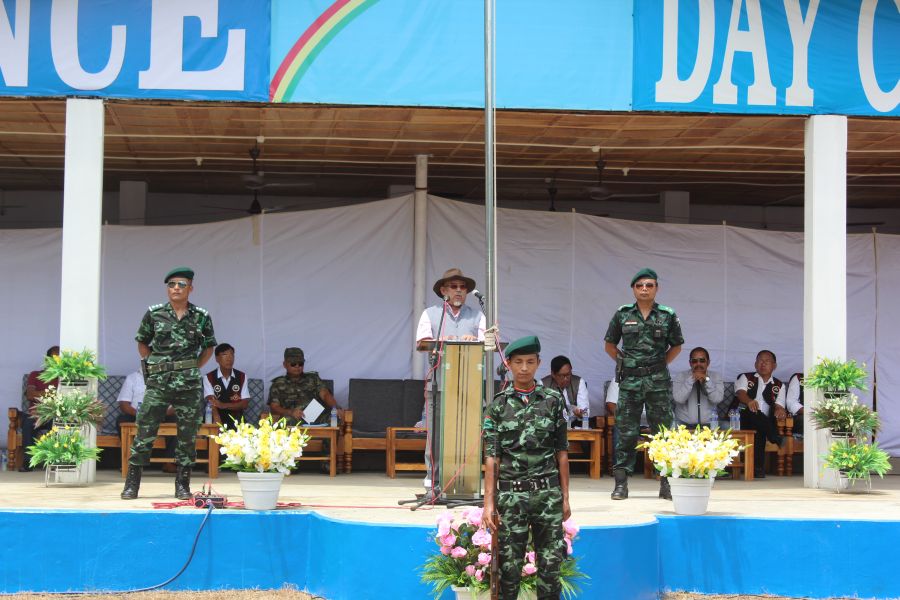 DIMAPUR, AUGUST 14 (MExN): GPRN/NSCN Ato Kilonser and convener of Working Committee Naga National Political Groups (NNPGs), N Kitovi Zhimomi addressing the 73rd Independence Day at Camp Kehoi on Wednesday said time has come to prepare “ourselves and embrace a political settlement where all Nagas can participate and redefine our destiny afresh as a people.”

Kitovi said the solution at hand is not just for Nagas of Nagaland state alone- but is inclusive of “Naga lands, Naga sons and daughters of the present states of Manipur, Assam and Arunachal Pradesh.”

“There will be clear and lucid political arrangements and governance for our people beyond the artificial boundary. By this I put to rest all baseless rumours of WC, NNPGs limiting itself to Nagas of Nagaland state,” Kitovi stated.

The WC convener also said it was high time to prepare our generations to face greater challenges in the future- “We believe we are on a path to unveiling a future where our identity, history and political right- the very ideals our forefathers defended with their lives, will be reaffirmed, entrenched and institutionalised.”

The political negotiations between GoI and WC, NNPGs carries the essence and spirit of May 16, 1951 Naga plebiscite. We have great faith in our future. Thus there is no major issues left between WC and GoI and therefore could arrive at a solution at any given day, Kitovi revealed.

On the occasion, Kitovi also acknowledged the sacrifices of thousands of Naga patriots in the last seven decades, both living and the departed. “The bones of countless Naga freedom fighters are scattered across foreign lands in unknown places. We shall build our nation upon their sweat and blood,” he added.