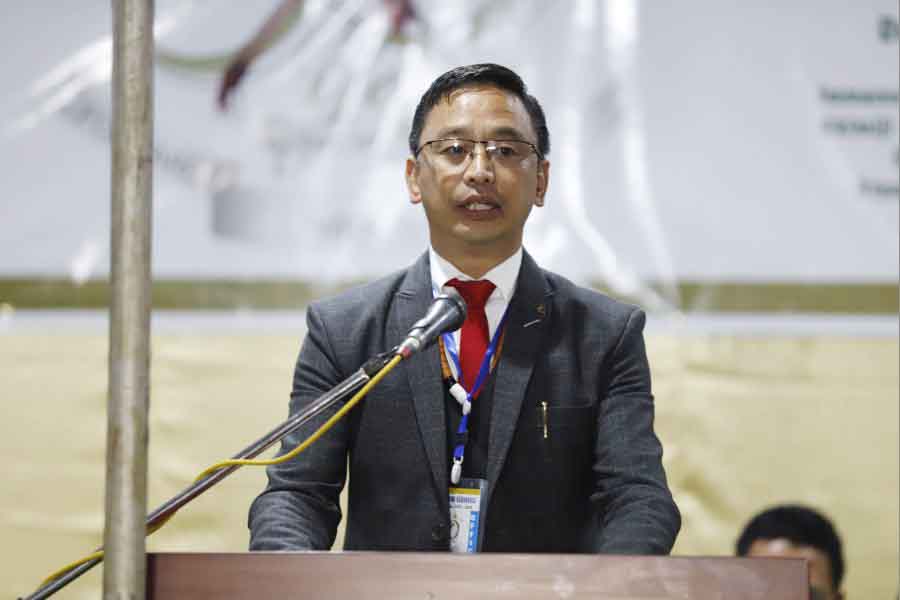 Dr Vihuto Asumi, Principal Immanuel Higher Secondary School was the theme speaker at the introductory session. “Life is very precious and each passing moment should be lived as though it is our last,” Dr Asumi said.

He shared about the first Sumi writer who was from Vekuho village and asked the congregation to ponder if they have lost their track.

He called upon the students to rekindle their vision by moving forward no matter what the circumstances are.

Dr Asumi urged the congregation never to forget the person that has helped them during their tough days. The Speaker also asserted to the young gathering that when people who work so hard merely achieve success, “how can lazy people expect success. Hard work beats talent when talent doesn't work hard.”

Accepting the fact that undeserving people privileges through backdoor, Asümi affirmed that there is always a place for the hard workers.

"If you want to gather honey, don't kick over the beehive and say that Blessing is an abstract thing,” he reminded, while stating that blessings might be blocked because “you have kicked on a bee hive.”

He quoted Martin Luther Jr, “If you can't run then walk, if you can't walk then crawl but never stop no matter what,” and encouraged the gathering never to stop working hard to achieve the best.

Er Picto Shohe MLA 32 AC opined that parents send their children for studies out of the district which affects the growth of government institutions, one of the reasons for the government schools not getting developed. He urged the village leaders to implement the use of English as the medium of teaching and learning process.

Er Shohe further urged the students to respect their parents expounding a verse from the book of Ephesians, expressing his disappointment over the youths' disrespect for their parents.