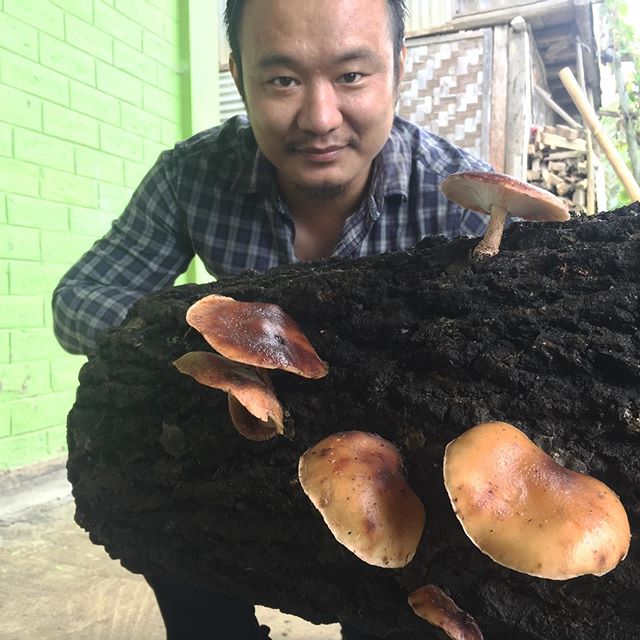 Dr Sosang Longkumer with the shiitake mushrooms, which he says are grown in the natural environment and on wood makes its nourishment value even higher.

The exotic shiitake mushrooms are grown in the natural environment and on wood which makes its nourishment value even higher, he informed while adding that the spawns to propagate the mushrooms were also developed by him.

“The relentless research, hard work and experimenting on my spawn creation finally comes to fruition. I am so elated to see the exotic shiitake mushrooms in full bloom in Nagaland through my spawns. Hoping this brings a new chapter of shiitake mushroom farming in Nagaland,” stated an elated Longkumer who is currently based in Dimapur.

Dr Longkumer said that he has no plan of getting into mass production for market consumption but instead he is imparting training to mushroom farmers and students which according him will be “more beneficial for all.”

The shiitake mushroom is an excellent edible and medicinal mushroom which can be easily grown either for commercial purpose or for home consumption. It is also the second most popular and the third most widely cultivated edible mushroom in the world.