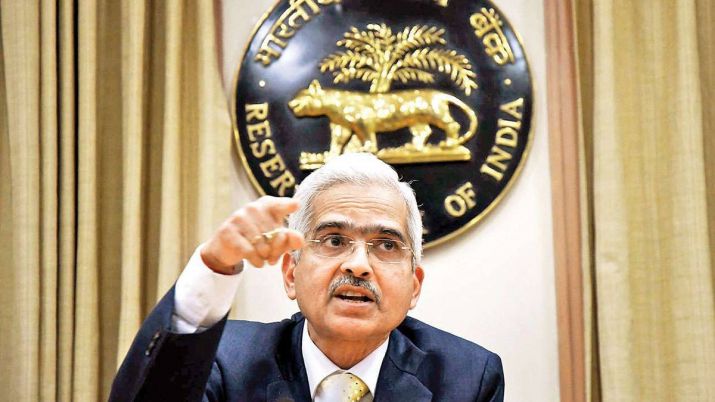 Mumbai, Dec 5 (IANS) In a surprise move, the Reserve Bank of India on Thursday took a 'temporary pause' in reducing key lending rates to keep the retail inflation in check.

Accordingly, the RBI's monetary policy committee (MPC) in its fifth review of the current fiscal kept the repo, or short term lending rate for commercial banks at 5.15 per cent.

Consequently, the reverse repo rate was maintained at 4.90 per cent, and the marginal standing facility (MSF) rate and the bank rate remained at 5.40 per cent.

The Reserve Bank had reduced key lending rates during the last five policy reviews to reverse the current consumption slowdown that has plagued the country's economy, thus surprising India Inc and many economists.

"The MPC also decided to continue with the accommodative stance as long as it is necessary to revive growth, while ensuring that inflation remains within the target," the Fifth Bi-monthly Monetary Policy Statement, 2019-20 said.

Last month, macro-economic data showed that a substantial rise in food prices had lifted India's October retail inflation to 4.62 per cent from 3.99 per cent in September.

Furthermore, RBI MPC expects inflation to rise in the near-term, "but it is likely to moderate below target by Q2 of 2020-21".

New Delhi, Dec 5 (IANS) As RBI maintained status quo on the repo rate in the last monetary policy of the current calender on rising inflation fears, most rating agencies, broking houses and industry bodies were jolted on Thursday at the belying of their predictions of a rate cut.

They had predicted that the Reserve Bank of India (RBI) would cut its repo, or short term lending rate for commercial banks, in view of the dismal second quarter GDP growth rate of 4.5 per cent.

First, the retail inflation numbers as represented by the consumer price index (CPI) has shot up to 4.62 per cent, well above the RBI median target of 4 per cent. The component affecting the price level is fruits and vegetables, which he considers a seasonal factor whose impact may wane over the next one or two months.

Secondly, the rupee is weaker currently than it was three months ago. A weaker rupee is akin to lower interest rates. Since the rupee is expected weaken further, a repo cut may not be the best thing this juncture since, effectively a lower rate is already prevailing with a weaker rupee.

Thirdly, both liquidity in the inter-bank market and systemic liquidity are in surplus and there is sufficient liquidity to see the auctions go through smoothly. The liquidity conditions ensure that rates, especially those at the short end of the curve, remain low.

"This is what is actually achieved by a repo rate cut too. Therefore, a cut was not required at this juncture," Thomas saqid in a note.

"Under the current environment when both business and consumer sentiments are down a rate cut alone will not spur consumption and/or investment demand," he added.

ICRA Principal Economist Aditi Nayar said: "In what came as a surprise to the markets, the Monetary Policy Committee (MPC) chose to pause rather than cut rates for a sixth consecutive time. Above-target inflation and incomplete transmission outweighed the sharp cut in the GDP growth forecast, prompting the pause from the MPC."

"The reiteration that the stance will remain accommodative for as long as necessary to revive growth signals that this is not the end of the rate cut cycle. However, the next rate cut will only be forthcoming when there is clear visibility that the headline CPI inflation will revert below 4 per cent," she added.

Nikhil Gupta, Chief Economist, Motilal Oswal said: "Overall, today's status quo increases the credibility of RBI's inflation mandate. We had always believed that today's cut would be the last rate cut in this cycle. We continue to maintain that there will be no more rate cuts now unless inflation falls back towards 4 per cent."

Kotak Equities said the repo rate remained unchanged as there is not much flexibility on the inflation targeting framework.

"We believe that recent inflation prints have taken precedence over the growth concerns. In fact, seemingly, the RBI is pushing the onus of growth support to the government. Further, the RBI wants to wait-and-watch the effect of the government's measures and RBI's past rate cuts," Kotak said.

"More than flare in inflation, lack of transmission of rate cut seems to have been the bigger reason for the rate pause. We, however, expect RBI to resume rate cut in January 2020. We also expect fiscal 2020 GDP growth to be better than RBI's revised estimate", said Sujan Hajra, Chief Economist and Executive Director, Anand Rathi Shares & Stock Brokers.

Rajan Bandelkar, President, NAREDCO Maharashtra and Managing Director, Raunak Group said: "In the past also, the advantage of the rate cut by the RBI was not passed onto the customers by a majority of the banks, which impacted the growth of the real estate sector. In the given situation, the RBI should not just look at the repo rate revision, but instead, take a holistic approach. It must consider an important area like the restructuring of realty loans, as well as, reintroducing of subvention schemes. It must take steps to streamline much-needed financing into the sector."

"In a situation when growth slowdown looks more entrenched and underlying core inflation has slumped to sub-3.5 per cent amid widening output gap, the monetary accommodation still has further steam for another 50 bps in this rate cut cycle."

President and Head Of Research at Yes Securities Amar Ambani said: "Given the growth-inflation dynamics, we still sense that RBI will deliver a rate cut of 25 bps in the February policy meeting given the widespread deceleration in the economy.

On the other hand, it reduced the country's FY20 GDP growth forecast from 6.1 per cent in the October policy to 5 per cent.

"The MPC recognises that there is monetary policy space for future action. However, given the evolving growth-inflation dynamics, the MPC felt it appropriate to take a pause at this juncture," the policy statement said.

"Accordingly, the MPC decided to keep the policy repo rate unchanged and continue with the accommodative stance as long as it is necessary to revive growth, while ensuring that inflation remains within the target."

Not just India Inc but even the country's stock markets were taken in by surprise and plunged the S&P BSE Sensex into the red.

Both the Sensex and the NSE Nifty50 on the National Stock Exchange slumped to the negative territory as soon as the announcement came.