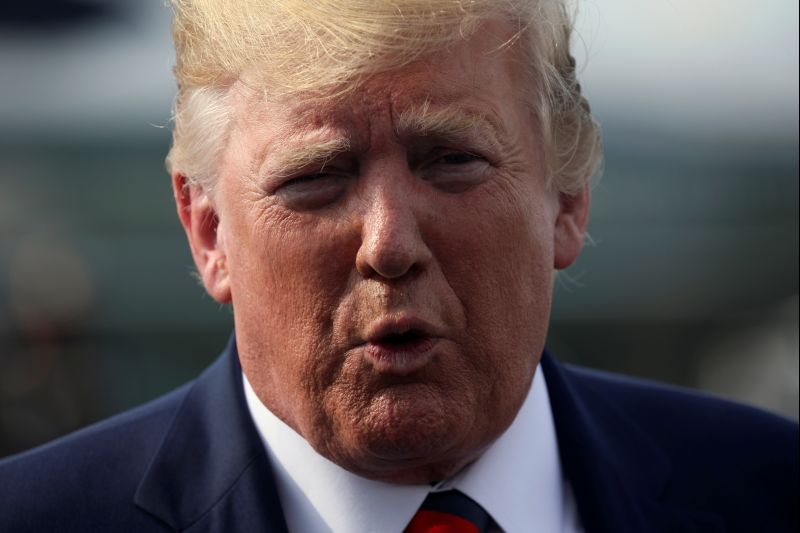 U.S. President Donald Trump speaks to reporters before boarding Air Force One to return to Washington from Morristown Municipal Airport in Morristown, New Jersey US on August 18, 2019. (REUTERS File Photo)

JERUSALEM, August 21 (Reuters) - Israeli officials on Wednesday offered a muted response to remarks by U.S. President Donald Trump who said American Jews who vote for the Democratic Party were 'disloyal.'

Referring to Democratic Congresswomen Ilhan Omar and Rashida Tlaib who, who under pressure from Trump were denied entry to Israel last week, the president told reporters on Tuesday at the Oval Office:

"Where has the Democratic Party gone? Where have they gone where they're defending these two people over the state of Israel. And I think any Jewish people that vote for a Democrat, I think it shows either a total lack of knowledge or great disloyalty."

Jewish groups in the United States were outraged by Trump's comment, but the Israeli government, which has particularly close ties with the Trump administration, appeared to hold back.

"We must not intervene in the political disagreements in the United States. We keep good relations with both the Democrats and Republicans and we must continue to do so.

We have supporters and friends in both parties, among the Democrats and Republicans, Jews and non Jews and we embrace them all," he said.

Trump and Netanyahu have been in lock-step over policies towards Iran and the Palestinians and the Israeli leader has touted their close ties as he heads to a national election on Sept. 17.

Trump has for weeks been attacking Tlaib and Omar, along with lawmakers Alexandria Ocasio-Cortez and Ayanna Pressley - all women of colour known as "The Squad." He has accused them of hostility to Israel in a barrage condemned by critics as racist.

While Trump says he is not a racist his comments have drawn widespread criticism, including from Republicans.

Most Democrats disagree with the views of Tlaib and Omar on Israel but Trump's repeated attacks have rallied support for the two among their party.

The president in turn has tried to paint that support as an endorsement of the two lawmakers' position and sought to make them the face of the party.

J Street, a liberal Jewish-American lobbying group, said in a statement on Tuesday: "It is dangerous and shameful for President Trump to attack the large majority of the American Jewish community as unintelligent and 'disloyal.'"

"But it is no surprise that the president's racist, disingenuous attacks on progressive women of color in Congress have now transitioned into smears against Jews," J Street said.

"The president’s comments are shockingly divisive and unbecoming of the occupant of the highest elected office," said AJC CEO David Harris.

"American Jews – like all Americans – have a range of political views and policy priorities. His assessment of their knowledge or ‘loyalty,’ based on their party preference, is inappropriate, unwelcome, and downright dangerous," Harris said. 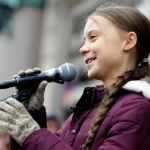