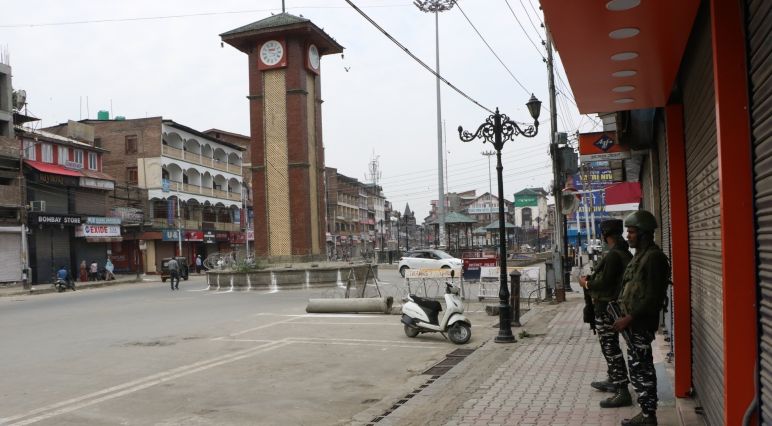 Prime Minister Modi once again spent Diwali with our Army Jawans in Jammu & Kashmir -- at Rajauri -- acknowledging the role of the army in keeping the threat of cross border terrorism in check and sending out the message that Kashmir was now fully integrated with the country. The abrogation of Art 370 by Indian Parliament on August 5 last, with a simultaneous clampdown on the assembly of people through out the state of J&K, has over these three months not altered the tenor of response from the world community that had shown, from India's point of view, a considerable degree of understanding of the compelling reasons behind the move of the Modi regime.

There is, however, a gathering chorus of voices at home and abroad demanding expeditious return to normalcy of civil life in the state. It is hoped the Centre and the state administration together are succeeding in effectively neutralising the militants and pro- Pak elements in J&K who had had a free run of the place earlier and who basically provided the raison detre for the Indian move. The dilemma for the government in Kashmir is that unless the externally aided trouble makers were rendered ineffective, they would continue to keep the Kashmiris under a cloak of fear by carrying out stray acts of violence and prevent normalisation of business, educational and health-related activities.

It is not yet clear if the state administration and police -- the collector and the station house officers in particular -- had started reaching out to the people on the ground to build their morale as free citizens and get them to respond to the calibrated steps of the government to lift prohibitory orders. If local militants could still appear in mohallas and lanes to warn the people to do just their 'minimal' chores and not cooperate in the wider process of normalisation then it is evident that a lot more had to be done.

The army has to focus on eliminating the mujahideen, foreign or local, but the state administration must fulfil its primary responsibility of helping the citizens to feel normal about running their lives. Illicit guns and explosives had to be neutralised through sustained flow of Intelligence from below -- the state Intelligence machinery had to produce more. If Pak agents had to be rounded up even in hundreds and moved out of the state, if necessary, this would be an acceptable part of the process of restoring normalcy. It is the detention of political leaders of the Valley, however, that has led the Human Rights advocates to set off the false narrative of 'suppression of the people'. The government could consider progressively setting them free of any restraint on the condition that they would not indulge in 'political activity' -- as mandated by the Supreme Court itself. Senior officers of the state should make this position clear to the leaders of the Valley parties and should let the country know about the reasonableness of the government stand.

The handling of the Kashmir situation has a macro perspective and a more important micro dimension -- the former has worked out extremely well but the latter is the ongoing challenge facing the state administration. The district headquarter should become the fulcrum of development and people's security. Every member of the state set-up must be made to understand that 'security for all' required a 'contribution from all' by way of those in the government acting as the eyes and ears of the democratic state against the doings of anti-national elements. The current state of affairs in J&K arose because the corrupt leaders of Valley parties remained silent over the launch of Kashmir Jehad by Pak ISI, colluded with separatists to stay in power and ignored the agents of Pakistan who organised civic disturbances to destabilise the state.

These leaders never asserted that Kashmir was not a 'Muslim' issue -- a claim made by Pakistan -- since the integral state was home to Hindus, Buddhists and Christians in large numbers. They deliberately brought in Pakistan as a factor in the democratic internal governance of the state simply because this helped to divert attention from their misrule and corruption. Now, under the LG regime, development should be taken to the people and deeper enquiries should be made into the disproportionate assets acquired by the local political leaders, in appropriate cases. Normalcy will return to J&K when its administration will come into full play and the state would be seen as being governed from Srinagar, not Delhi.

As mentioned earlier, India's security and foreign policies have held well in the context of Kashmir -- the Oct 22 proceedings of the US House Committee on Foreign Affairs proving it as much. American acting assistant secretary for South and Central Asian affairs, Alice Wells, told the committee that the US supported the Indian government's stated objectives for scrapping the special status of J&K -- thus affirming that the development was an internal matter of India -- and went on record to make it clear that while a dialogue between India and Pakistan was the most effective way of reducing bilateral tensions this was contingent on Islamabad taking 'sustained and irreversible steps' against terrorists on its soil. This coordinates with India's policy stand that 'terror and talks could not go together' and turns Pakistan's plea that terrorists were 'non state actors' on its head by questioning that country's failure to chase the militant outfits out of their safe havens, if indeed they did not enjoy any state patronage.

The US concerns for an early return of the Kashmiris to normal day-to-day life represent the objective of India too -- the world community has to be kept updated on the efforts being made by the state and central governments to facilitate that process. Visibility of improvement can be demonstrated in many ways. The decision of the Centre to allow a group of 23 members of European Parliament coming to Delhi to make a trip to J&K counts for this -- the visiting dignitaries expressed full support for India's fight against terror. Militants, meanwhile, made some stray attacks on non-Kashmiri labour working in the state -- not surprising, considering that the latter are soft targets.

India has finally succeeded in getting the world to acknowledge that Pakistan's incessant attempts to use cross-border terrorism in Kashmir to keep the pot boiling there was what had forced the hands of the Modi regime to abrogate Art 370 and take charge of the security and development of J&K as a state of India. Time has come for India to specify the dangerous character of Pak-sponsored terror that relied for motivation not on ideology or an ethnic assertion but on commitment to 'faith' and to impress upon the entire democratic world that the revanchist call of Jehad, which had the potential of producing suicide bombers as an instrument of war, could make the world an unsafe place for a long time to come.

This is the threat of a new kind of terror arising out of the Muslim world and it is necessary to have it countered by way of a declaration of OIC that resort to Jehad was not a legitimate way of solving political disputes in today's world. Unlike a country like the US, India, that houses the second largest Muslim population in the world, is particularly vulnerable to this danger since Pakistan has made Kashmir Jehad a declared war cry against India and is now determined to infiltrate Islamic militants through Bangladesh, Nepal and Sri Lanka routes. Internal security in India has to watch out against the influences of radicalisation and extend the outreach to concerned families to ward these off. Indian diplomacy must talk of the faith-based terror that the world was being exposed to and mobilise international opinion against it. A grave threat to our national security need not be couched in ambiguous terms for reasons of the need for diplomacy to be 'politically correct' always. India can use the dialogue of think-tanks to firm up the opinion of democratic countries against the enlarging threat of what is clearly an Islam-based terror.

(The writer is a former Director Intelligence Bureau) 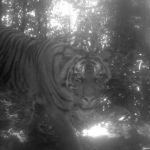 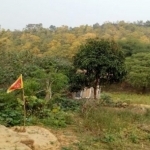