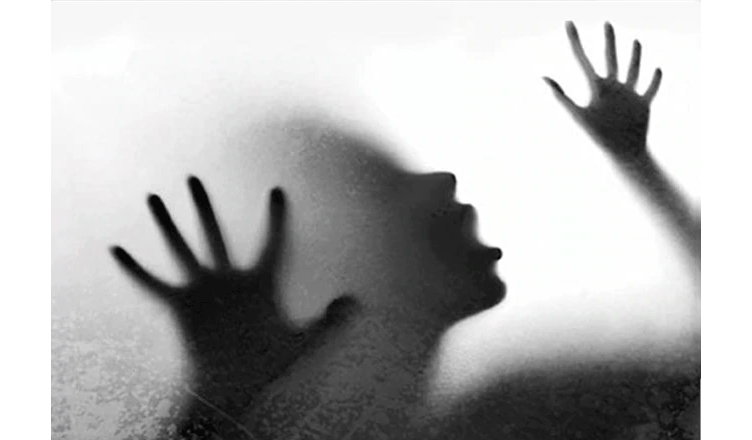 •    Crimes against women in Nagaland drop to double digit figures for two years in a row to 75 in 2018, says NCRB data
•    Inconsistency in data entry observed howev
er

After an all time high of 105 in 2016, crimes committed against women in Nagaland dropped to double digit figures for two years in a row. According to the National Crime Records Bureau’s (NCRB) Crime in India 2018 compilation, Nagaland state officially recorded/reported a total of 75 Crime Against Women cases in 2018, lower than the 79 officially recorded in 2017. The number of victims stood at 90.

The crimes occurred at the rate of 7.3 per lakh of population against the national average of 58.8.

As far as ranking was concerned, Nagaland ranked the lowest among the states with only the union territories of Dadra & Nagar Haveli, Daman & Diu and Lakshadweep lower; reporting 38, 16 and 11 incidents in the category, respectively.

Breakup of the category showed up 35 cases with as many as 38 women reported kidnapped or abducted. Two of the cases were abduction for ransom and 1 kidnapping and abduction “to compel her for marriage.”

There were 10 rape cases in which there were 11 victims, of which 3 were minors.

As per the data, 6 of the POCSO offenses were child rape cases. This figure however did not tally with the 3 cases attributed to rape of girls below 18 years booked under IPC section 376. 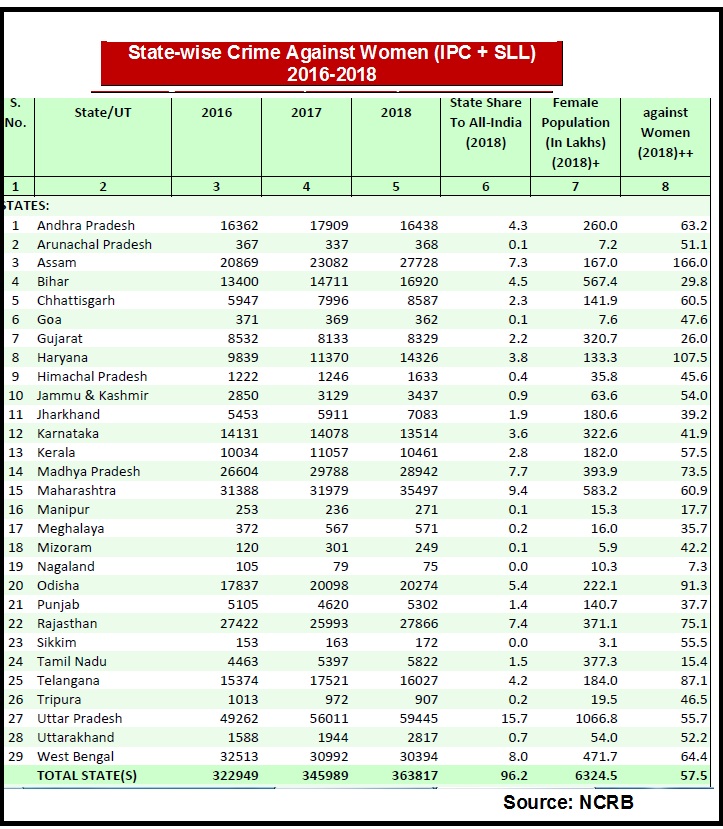 Arrests, Chargesheets and court trials
A total of 64 persons (62 male and 2 female) were arrested on charges of crimes against women, out of which the police filed charge-sheets against 46.

According to the data, a total of 101 cases were under investigation by the police during the year. It included 26 cases pending from previous years. The police disposed (or completed investigation) 65 of the total 101 cases and investigations were ongoing in 36 at the end of the year.

With regard to trials, the courts in total completed/disposed 29 cases. There were 26 convictions, in which the guilty verdict fell on 29 persons (all male). 22 of the convictions were of cases pending from previous years.

There was 1 acquittal and 2 others deemed as “cases discharged.”

The year had a total of 180 cases lined up for trial during the year, including 138 pending from previous years. There were 151 cases pending trial at the end of 2018, which translated into a pendency rate of 83.9 percent. The pendency percentage at the end of 2017 was 71.5.