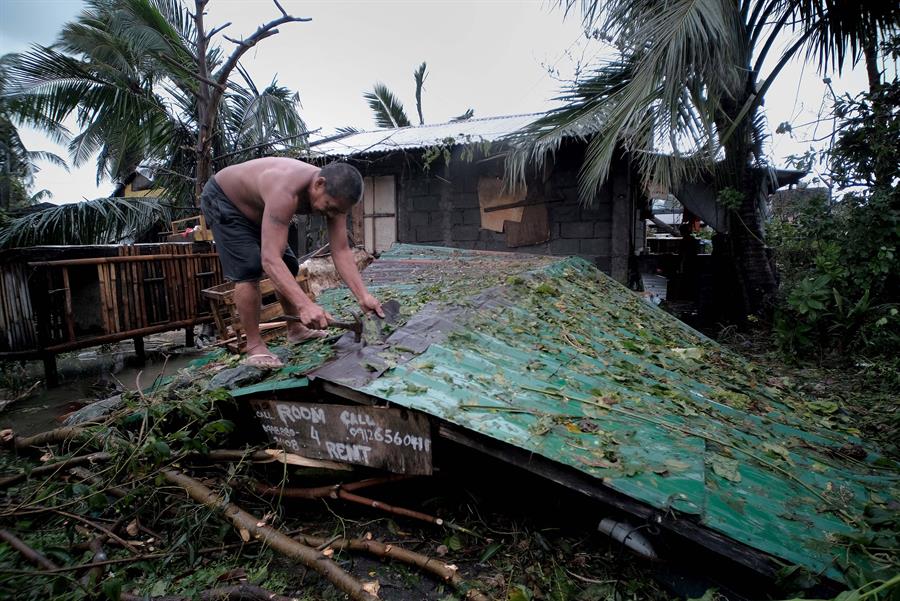 A village clears a collapsed roof off debris in the aftermath of Typhoon Kammuri, in Legazpi city, Philippines, 03 December 2019. EFE/EPA/ZALRIAN SAYAT

Manila, December 3 (efe-epa).- At least four people have been reportedly killed after Typhoon Kammuri hit northern Philippines on Tuesday with violent winds and heavy rainfall that have also forced the cancellation of hundreds of flights at Manila's international airport and the evacuation of hundreds of thousands of people.

Two of the storm's victims died in the province of Oriental Mindoro, according to its governor, Bonz Dolor, who spoke with local media.

A third person had been electrocuted Monday by a live wire in Camarines Sur, the Office of Civil Defense of Bicol said on Tuesday.

CNN Philippines reported a fourth death in Ormoc City (Zambales province). The network said the man, a construction worker, had been hit by falling tree branches on Monday.

The death toll is expected to further rise as the typhoon makes its way across the archipelago.

Early Tuesday morning, the eye of the storm was over the province of Quezon, in the southeast of the island of Luzon, and later moved toward the country's capital, which it reached around midday.

According to the latest alert by the meteorological agency Philippine Atmospheric, Geophysical and Astronomical Services Administration, the eye was located some 135 kilometers (84 miles) north of Coron, Palawan, at 4 pm local time.

Before Kammuri arrived, authorities announced the suspension of operations at Manila’s Ninoy Aquino International Airport (NAIA), which has resulted in the cancellation of hundreds of flights.

"Operations at ALL NAIA Terminals will be suspended from 11am to 11 pm tomorrow, 3 December 2019, in preparation for the expected onslaught of Typhoon Tisoy," the airport said late on Monday on its Twitter account.

On Tuesday morning, it listed the cancellation of more than 500 flights of around 35 airlines.

The NDRRMC also said 6,557 passengers, 1,506 rolling cargoes, 138 vessels, and 66 motorboats were reported stranded in different ports, while 22 houses were damaged in Region V and the Cordillera Administrative Region.

The mayor of Manila, Isko Moreno, in a message on Facebook, ordered the evacuation of half a dozen neighborhoods located in coastal areas.

Kammuri has also affected the hosting of the Southeast Asian Games, inaugurated on Saturday with the participation of more than 5,600 athletes, and in which the competitions of some eight disciplines have been postponed or suspended, the organization announced Monday night. 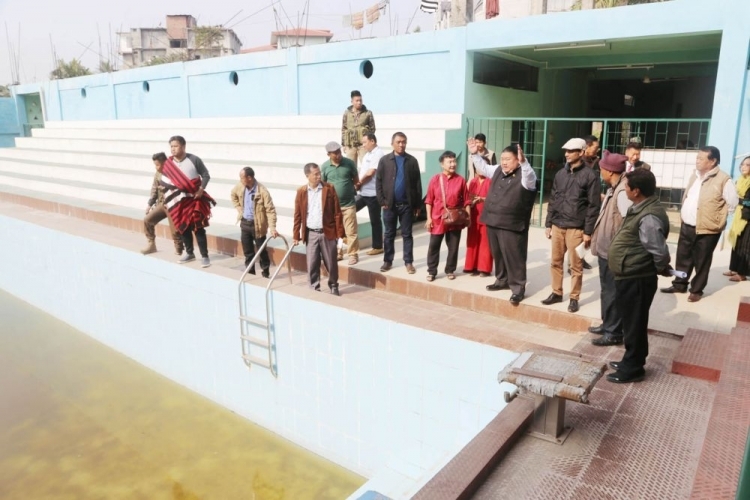