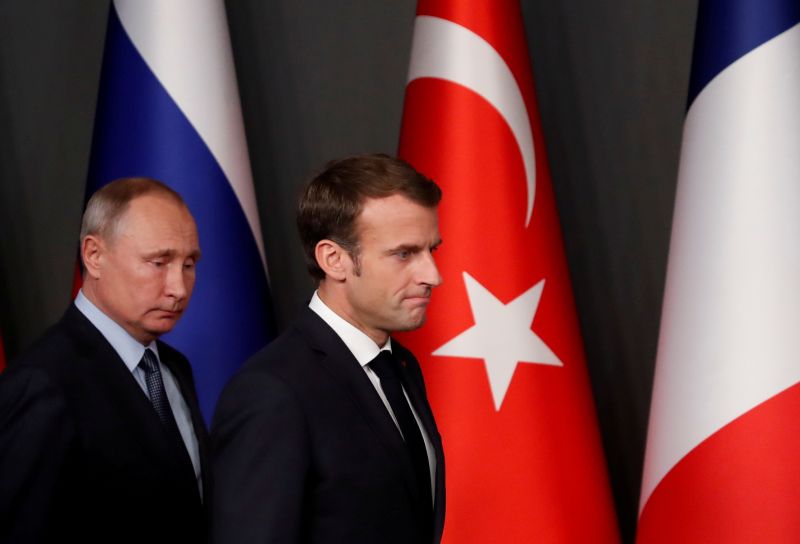 Putin travels to Macron's holiday retreat in southern France on Aug. 19 for bilateral talks ahead of a summit of G7 rich nations. The French leader is keen to show Moscow it is not ostracised despite being kicked out of the G7 after its annexation of Crimea from Ukraine in 2014.

Topping the meeting will be the situation in Ukraine after new President Volodymyr Zelenskiy on Aug. 6 pressed Putin for a resumption of peace talks after four Ukrainian soldiers were killed by shelling in the eastern Donbass border region.

Conflict between Ukrainian troops and Russian-backed forces has killed an estimated 13,000 people since 2014. A ceasefire deal brokered by France and Germany ended major conflict in eastern Ukraine in 2015, though small-scale clashes still occur regularly.

"We are continuing our discussions with President Putin just before the G7 and we are intensifying our efforts on the Ukrainian question in the Normandy format," the official told reporters.

"President Zelenskiy made some offers and we think that President Putin should respond in an encouraging way."

The so-called "Normandy Format" involves France, Germany, Ukraine and Russia, but its leaders have not met together since October 2016.

Bringing peace to Donbass was a top campaign pledge for Zelenskiy, helping him to a landslide presidential election victory in April.

Russia, which denies the accusation, says Ukraine is not honouring commitments under a ceasefire agreement brokered in Minsk in 2015, including giving a special status to Donbass.

The Kremlin said earlier on Tuesday that Putin would head to France to discuss a wide range of topics, including Ukraine.