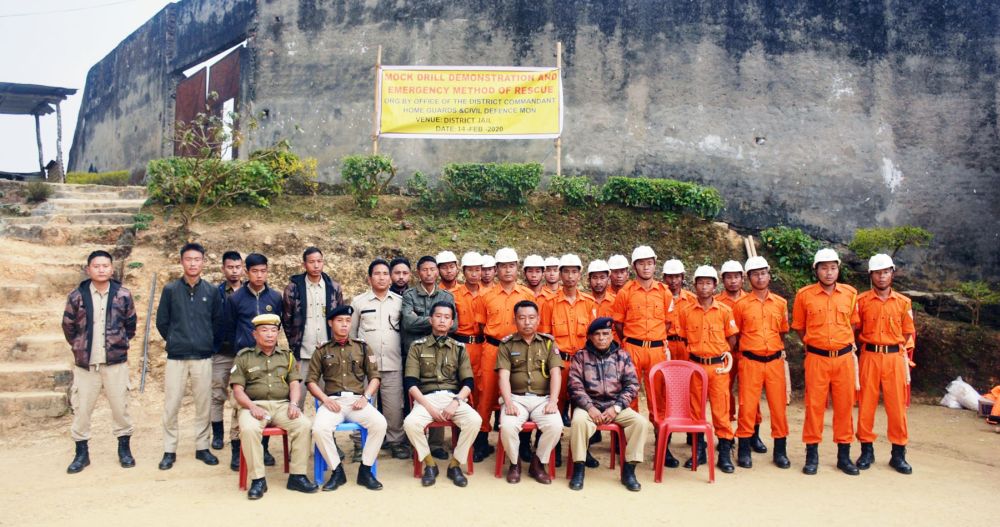 A DIPR report stated that the District Commandant, Home Guard & Civil Defence, Mon, Ngongvai E Phom stated that this demonstration is to generate awareness and effective response to disaster like earthquake, accident or any other disaster. “Disaster is inevitable where we can only prepare ourselves on preparedness and response during the time of emergencies,” he added.

Assistant Jailor, District Jail Mon, E. Thungdemo Kikon while appreciating District Commandant, Home Guard & Civil Defence, Mon and his staff, stated that, awareness on emergencies method of rescue during the time of natural disaster, calamities and emergencies is very important.  He also thanked the Home Guard & Civil Defence, Mon for reaching out to the staff and inmates of jail.

During the demonstration, various subjects of training included introduction of disaster and disaster management, role and characteristic of knotting, bandaging, emergency methods of rescue etc. were demonstrated and hands on practice were also shown to the staff and inmates of district jail, Mon.