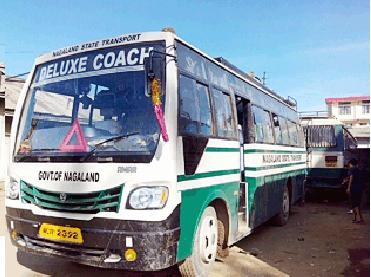 The Nagaland State Transport (NST) has been adjudged the winner of ARSTU’s ‘Transports Minister’s Road Safety Awards 2018-19 (for lowest rate of accidents) “in the category of “Hill.”

The award will be presented during the 3rd International Conference and Exhibition on Public Transport Innovation, 2020 (ICEPTI-2020) at Manekshaw centre, New Delhi from January 30-31, 2020.

The director further encouraged department to continue with winning strides in coming days towards making safe public transport safe in the country.

The letter, shared by official Twitter handle of MyGov Nagaland, an online platform launched by the state government on the line of MyGov for Citizen Engagement and participatory governance -also invited the NST’s GM to attend the ICEPTI-2020 and receive the award on January 31.

Meanwhile, taking to twitter to share the news, Nagaland’s Minister for of Transport, Civil Aviation, Railways and Land Resources, P Paiwang Konyak lauded the dedicated officers staff of the NST including General Manager; Additional GM & host of officers, Drivers & Mechanics for serving the people of the state in their outmost sincerity and dedications.

It is an is an apex coordinating body working under the aegis of Ministry of Road Transport & Highways Government of India and ARSTU’s 62 members collectively operates 150,000 buses and serve 70 million passenger a day across the country.

ASRTU is headed by Secretary, MoRTH as Ministry as the ex-officio President.