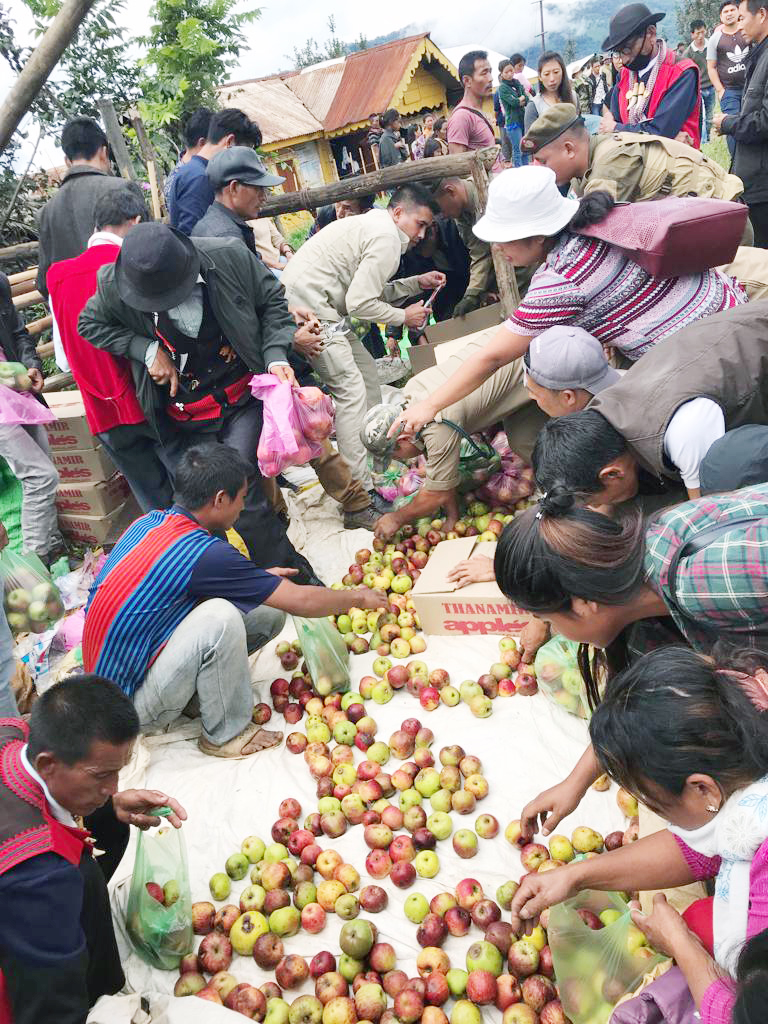 People sort through apples being sold at the 8th Thanamir Apple Festival which was held on September 13. Thanamir, located on the foothills of the Saramati Mountain near Pungro under Kiphire District is famous for its apples. The fruit was first brought here during the heights of the Indo-Naga conflict in the 1970s when three apple plants were handed to a Village Guard from Thanamir by an Assam Rifles soldier as a token of friendship. Since then apple cultivation has thrived in the area. (Photo Courtesy: Chumei Yanlem)