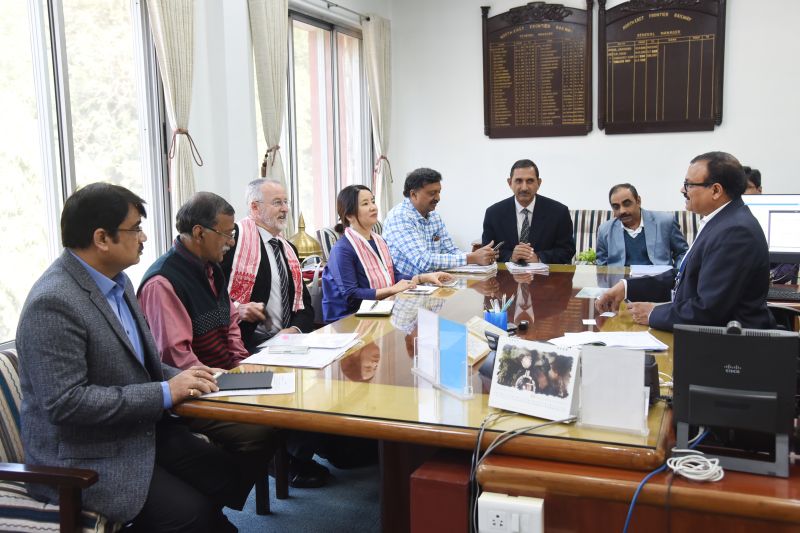 NFR and UNESCO officials during the review meeting on the heritage status of the Darjeeling Himalayan Railway (DHR) at NFR’s Headquarter Maligaon, Guwahati on December 8. (Photo Courtesy: NFR CPRO)

Before the meeting the officials from UNESCO visited the DHR on December 7- 8 and held discussion with various stake holders there to assess and assist in its heritage management, the release said.

It further informed that an agreement was executed by Indian Railways on January 20, 2017, with UNESCO for development of CCMP (Comprehensive Conservation Management Plan) on DHR.

Review was also held on illegal construction alongside railway track and a total 6 eviction drives against unauthorised construction after surveillance of the property were launched since January, 2017, it added.

The NFR recently celebrated the 20th year of World Heritage declaration of DHR in a be-fitting manner and various steps initiated to increased the number of travellers by toy trains has been successful, the CRPO release maintained.

NFR has already introduced a vista-dome coach in the Darjeeling Himalayan Railway and air-conditioned coaches were developed by refurbishing two first-class coaches, it added.