No interim relief to Chidambaram in INX Media case 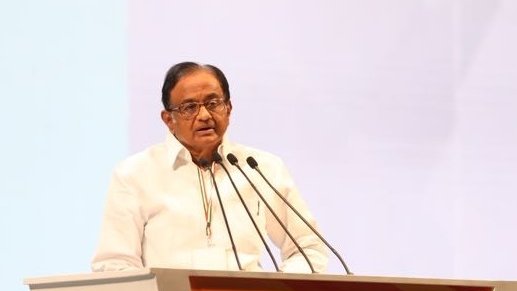 New Delhi, August 21 (IANS):  In a setback to former Finance Minister P. Chidambaram, his petition challenging the Delhi High Court rejection of anticipatory bail has not been listed before a Supreme Court bench.

A battery of lawyers for Chidambaram headed by senior advocate Kapil Sibal has been trying since morning to schedule the matter for hearing before an appropriate bench.

Sibal appeared before a bench headed by Justice N.V. Ramana and said: "We had no choice. That is why we have come to this court here again."

Justice Ramana said some defect has been noticed in the petition.

Sibal said they had cured the defect and urged the court to permit him to orally mention before the court and pleaded for listing of the matter as early as possible.

"My client is not running away and Lookout Notice has been issued against him. He is ready to give an undertaking that he is not going anywhere," Sibal said.

Justice Ramana called the Registrar who informed the court that defects had been cured and after verification the petition would be listed.

As Sibal insisted that the petition be heard, Justice Ramana refused saying that without listing the matter he could not hear it.

In the morning, a Supreme Court bench headed by Justice Ramana refused to grant interim relief from arrest to Chidambaram and referred his plea for anticipatory bail in the INX media case to Chief Justice Ranjan Gogoi for urgent hearing.

Solicitor General Tushar Mehta told the court that this was a case of "monumental money laundering".

At this, Sibal contested that at 2 a.m. a notice was pasted on the former Union Minister's residence.

Sibal said that on Tuesday they did approach the Chief Justice but could not get an urgent hearing.

He said the documents related to the case were ready for urgent hearing.

Chidambaram has challenged the Delhi High Court order which rejected his anticipatory bail plea on Tuesday.

On January 25, the Delhi High Court reserved order on Chidambaram's bail plea in the case being probed by the Enforcement Directorate and the Central Bureau of Investigation (CBI).

The agencies had opposed Chidambaram's bail plea, saying his custodial interrogation was necessary as he was evasive and had given false information during questioning.

The ED and the CBI are probing how his son Karti Chidambaram got clearance from the Foreign Investment Promotion Board (FIPB) in 2007 when his father was the Finance Minister.

Karti Chidambaram was arrested on February 28, 2018 by the CBI for allegedly accepting money to facilitate the FIPB clearance to INX Media. He was later granted bail.

His chartered accountant S. Bhaskararaman was also arrested and released on bail.