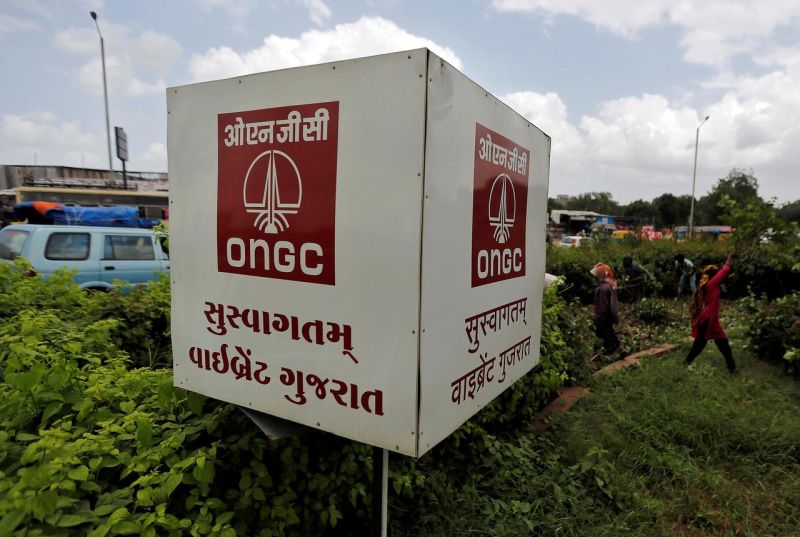 The logo of Oil and Natural Gas Corp's (ONGC) is pictured along a roadside in Ahmedabad on September 6, 2016. (REUTERS File Photo)

SINGAPORE, September 11 (Reuters): India’s Oil and Natural Gas Corp Ltd plans to buy out the rest of a western Indian petrochemical project it does not already own and launch a public offering if it fails to find a strategic partner for it, its head of finance said on Tuesday.

ONGC Petro additions Ltd (OPaL), majority-owned by ONGC, is primarily a polymer manufacturer, a chemical compound used in everything from textiles to plastics and packaging.

“We are looking at various options. Our first preference is to convert OPaL into a subsidiary by converting share warrants and debenture into equity if we don’t get a strategic partner,” Subhash Kumar, ONGC’s director of finance told Reuters. “Another option is to merge OPaL with ONGC.”

ONGC will decide by the end of its fiscal year on whether to make OPaL a subsidiary, he said.

“After making it a subsidiary, it will take another two years to list the company,” Kumar said.

ONGC has long tried to bring in a strategic partner in the petrochemical project but failed to strike a deal so far.

“Prospective partners had set certain terms for participation like selling petchem in their own brand,” Kumar said, citing reasons talks to sell a stake had not progressed.

He did not name any companies with whom ONGC had held talks.

ONGC’s stake in the project could rise to 70% if it converts 26 billion rupees of share warrants into equity and to about 93% if it also converted 77.78 billion rupees of debentures into shareholdings, Kumar said.

ONGC owns 49.36% of the project and gas utility Gail (India) Ltd owns another 49.21%. The remaining stake is held by Gujarat State Petroleum Corp Ltd, a state government-owned gas company, as of March.

The petrochemical plant currently produces 1.1 million tonnes of ethylene, 400,000 tonnes of propylene and other products - most of which are building blocks for polymers - at Dahej in India’s western state of Gujarat.