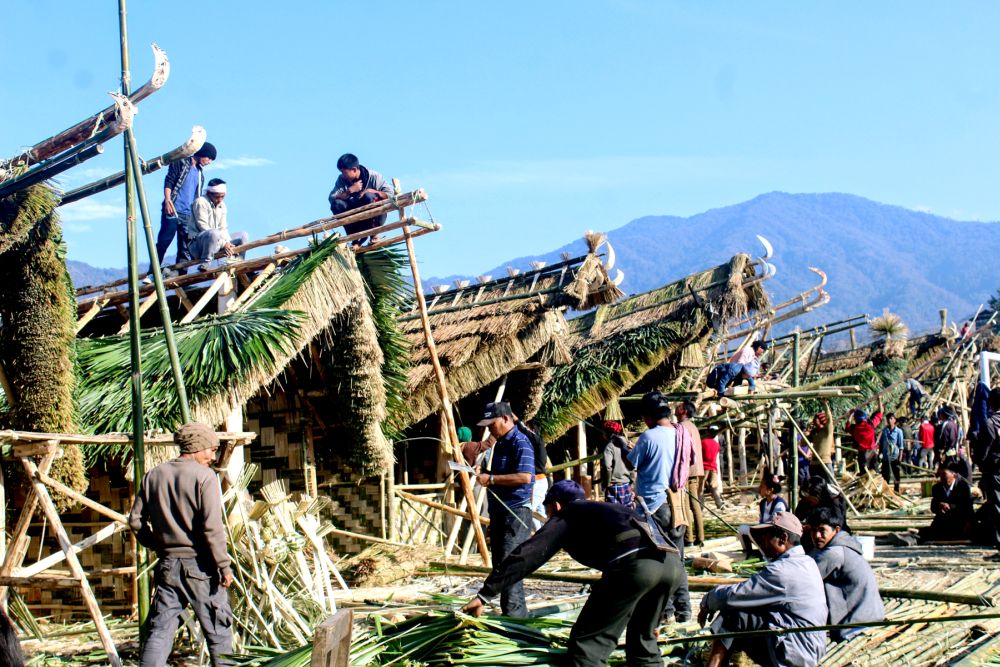 Preparation underway for ‘Poanglüm,’ the winter festival of Chang community to be held at Loyem Memorial Ground, Tuensang Town from January 13 to 15.

DIMAPUR, JANUARY 10 (MExN): The Chang community, under the aegis of Chang Khulei Setshang, the Chang Tribal Council, will be celebrating the premier Chang winter festival 'Poanglüm' from January 13 to 15 at Loyem Memorial Ground, Tuensang Town.

The ‘Poanglüm’ which is also a Mini Hornbill Festival of the Changs, is a post harvest festival which marks the celebration of self-sufficiency.  It is celebrated with traditional folk songs and dances accompanied by trade fair throughout the celebration. In the past, this winter celebration was also a way to nurture and pass down the culture and tradition to the younger generation. The festival itself is a herald to the villagers to begin the usual process of cultivation in purity and newness and be blessed with abundant harvest in the next season.

During this festival many organic and handiwork gifts were exchanged (mostly barter system) within the village and with other neighbouring villages. In this way the people were able to know each other and live in peace and harmony with everyone.

The preparation for this year Mini Hornbill festival started on January 7 under the leadership of P Ngamen Chang as the Convenor of the Mini Hornbill Festival. Only 27 major Chang villages were allotted a place to build a traditional village house. The village unions based at Tuensang have taken up the responsibility of making their own village house.

Various local bands and artistes, such as Naga Incarnate, Saksi Evolution, Chale Kaonyu, Aoyim Sem, Himjan Shanen, Lole Wet are well set for the Musical night. The 3rd edition of Miss Chang Beauty Pageant competition will also be held as part of the event under the theme ‘Thesa’ which will be organized by Changsao Thangjam Setshang.