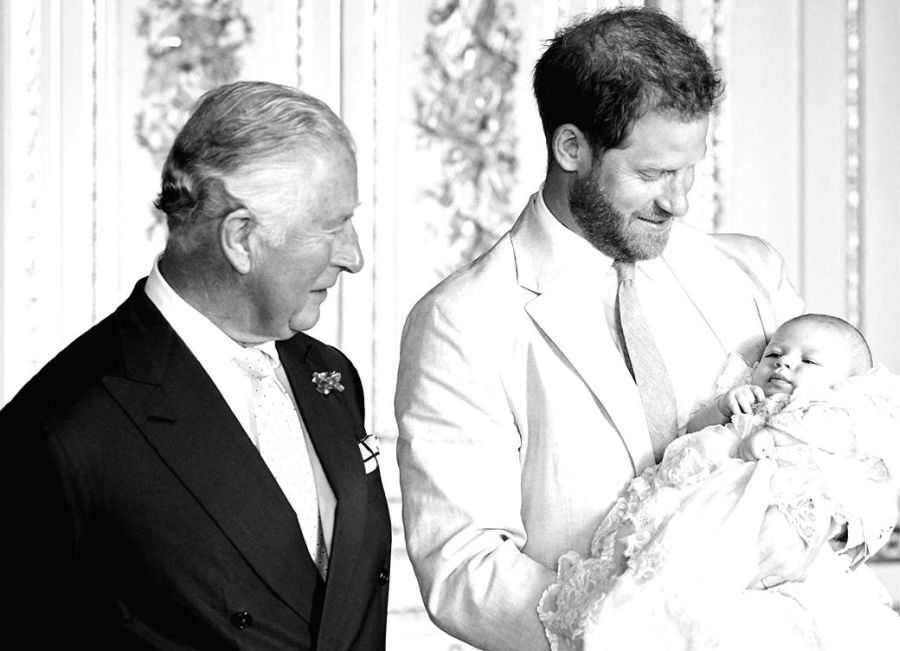 Prince Harry on Thursday wished his father Prince Charles on his birthday and posted a previously unseen photo of the two with the Duke of Sussex's son Archie on social media. (IANS Photo)

LONDON, JANUARY 12 (IANS): The UK's Queen Elizabeth II has called for an emergency family meeting on Monday in a bid to decide on the future roles of Prince Harry and his wife Meghan Markle, following the couple's shock announcement that they were stepping back as senior royals and work towards becoming financially independent.

Prince Harry, the Duke of Sussex, his brother William, the Duke of Cambridge, and their father Charles, the Prince of Wales, have all been invited to the meeting slated to be held at the Monarch's Sandringham estate in Norfolk, metro.co.uk reported on Sunday.

"The family will gather on Monday at Sandringham to talk things through, attended by Her Majesty, the Prince of Wales, the Duke of Cambridge and the Duke of Sussex," a royal sources said.

"Following a series of meetings and consultations across the last few days, there are a range of possibilities for the family to review which take into account the thinking the Sussexes outlined earlier in the week." This will be the first meeting of the four since the Sussex's announcement on January 8 which left the Queen and senior royals "hurt" after the couple unexpectedly revealed their plans to become financially independent from the family and to spend more time in North America.

According to sources, Charles will be travelling from Birkhall in Scotland, William from his Kensington Palace apartment while Harry from Frogmore Cottage near Windsor Castle.

They are expected to discuss a range of options and would try to come to an agreement before the meeting ends to stop the crisis causing lasting damage to the British monarchy, the sources added.

A day after the announcement, the Queen, Charles and William ordered their households on to work with the Sussexes' team to quickly find a "workable solution" to solve the crisis.

Meghan returned to Canada a few days ago where she spent a six-week festive break with Harry and baby son Archie in the province of British Columbia.