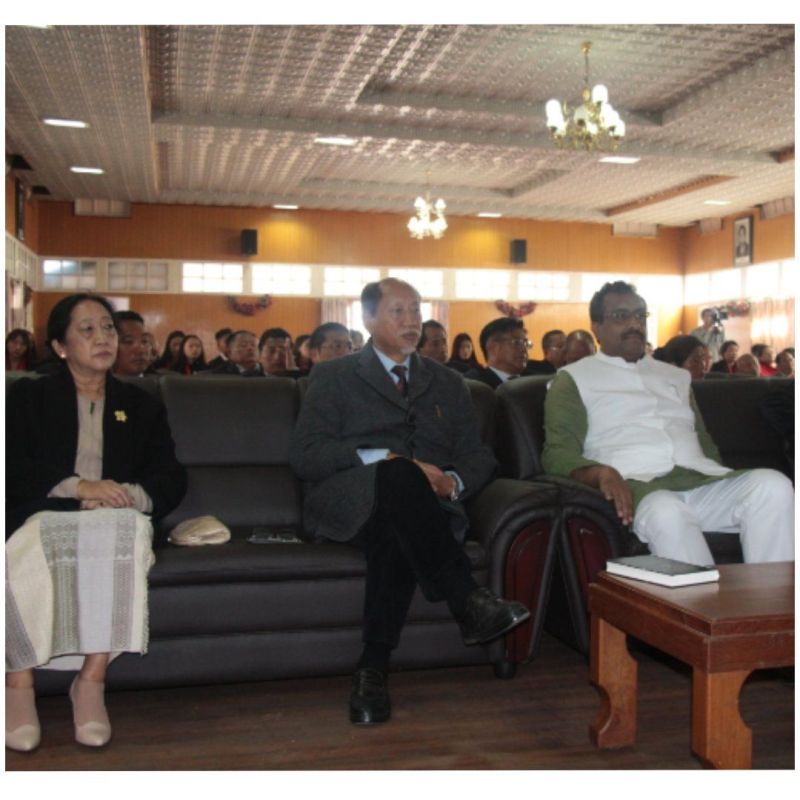 Chief Minister Neiphiu Rio, with his wife along with with National General Secretary Ram Madhav during the pre-Christmas celebration of the NLCF at the State Banquet Hall (Old) Kohima on December 14.

“Grateful to all those who participated and worked for the success of the programme,” he added.

In a similarly worded tweet, Nagaland Deputy Chief Minister Yanthungo Patton said he was blessed to attend the celebration and ‘had the pleasure of having National General Secretary in the midst.’

He also expressed appreciation to “everyone involved in making the celebration such a beautiful experience.”
On his part, the Minister of Higher & Technical Education & Tribal Affairs and President BJP Nagaland, Temjen Imna Along thanked Madhav for his “presence and Christ centric message.”

According to an earlier report, Tejdor Tiewsoh (Ravi Zacharias International Ministries) was the main speaker at the celebration while the Deputy CM Y Patton delivered the Christmas greetings and  Rev Kuzeirang Thou  was the leader.