Re-Touch: A tour of hands on traditional craftsmanship 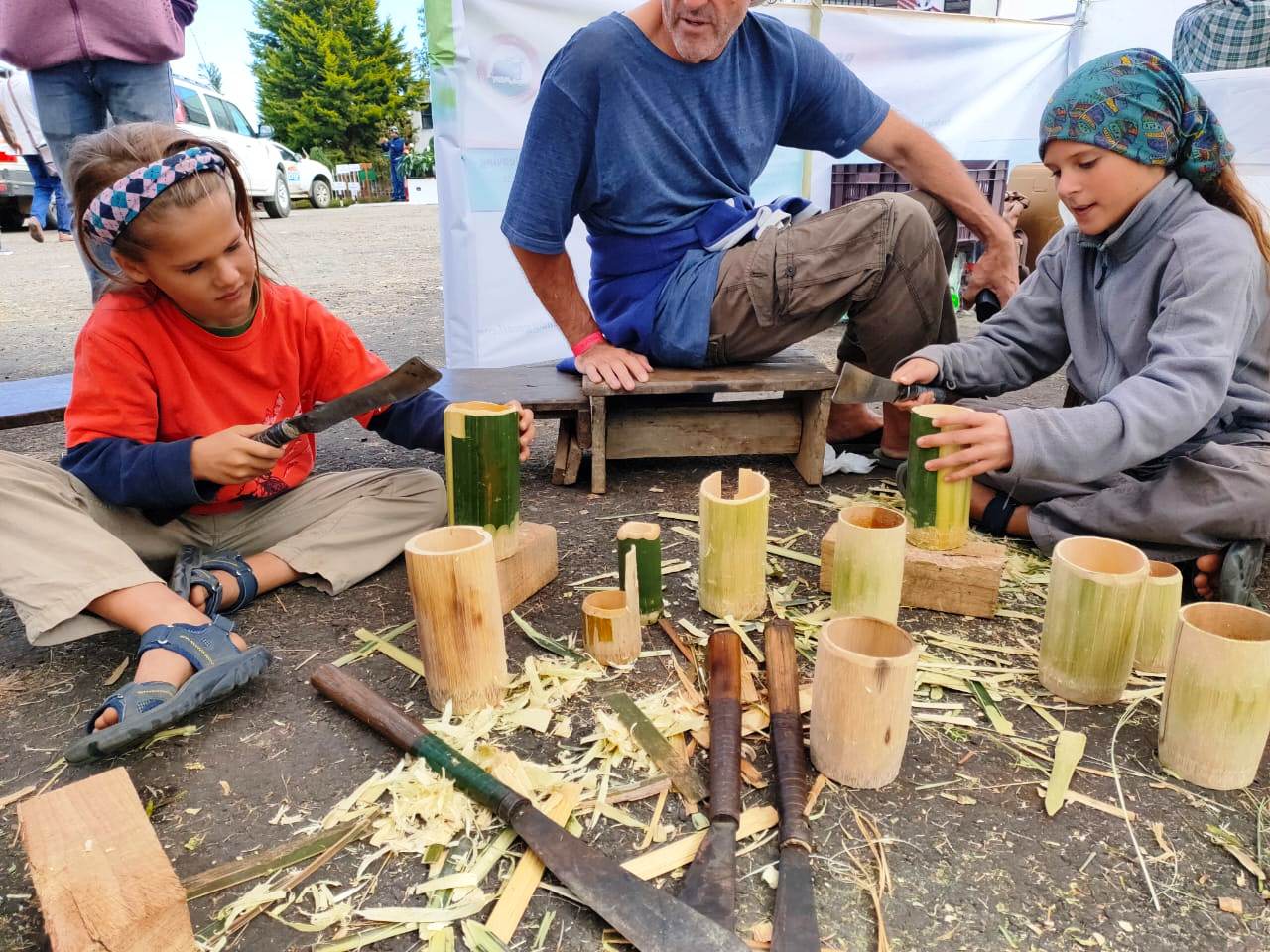 The two brothers from Scotland aged 7 and 11 who made their own bamboo mugs and spoons to take it to their place. (Morung Photo)

Many Naga children grow up today in a environments with limited access to traditional practices unlike the older generation for whom the culture of craftsmanship came naturally, having grown up watching parents or grandparents crafting and carving their own mugs and plates out of wood or bamboo.

The local practice of traditional weaving or pounding of rice and cleaning, as with many other traditional practices, has now reemerged as a new concept for the children of this new generation.

It was with this concern in mind that “Retouch- to uphold, maintain and preserve” was conceptualized by Gugu Kuotsu, and is among one of the many ongoing activities at the Hornbill Festival that has caught the interest of many people including domestic and international tourists.

“Retouch was conceptualized with the idea to teach both local and foreigners about our ancestral handicrafts in a way that we do not lose our identity”, says Gugu Kuotsu while expressing that it has been very encouraging to see many people walking in to learn the art including young children.

“After learning Traditional  Bamboo Crafting, a seven year old boy and an eleven year old boy, who are brothers, crafted their own bamboo mugs and spoons to take it back to their place (Scotland)”, she relates. Interestingly, some Naga students who walked in didn’t even know how to hold a Dao properly or split the bamboo.

Meanwhile, intrigued by the whole concept, there were tourists who suggested that similar workshops be organized other times as well and not only during Hornbill Festival. “This is something new and everywhere else, we pay a fee to learn something, but we are learning this valuable art for free”, a tourist had also commented. 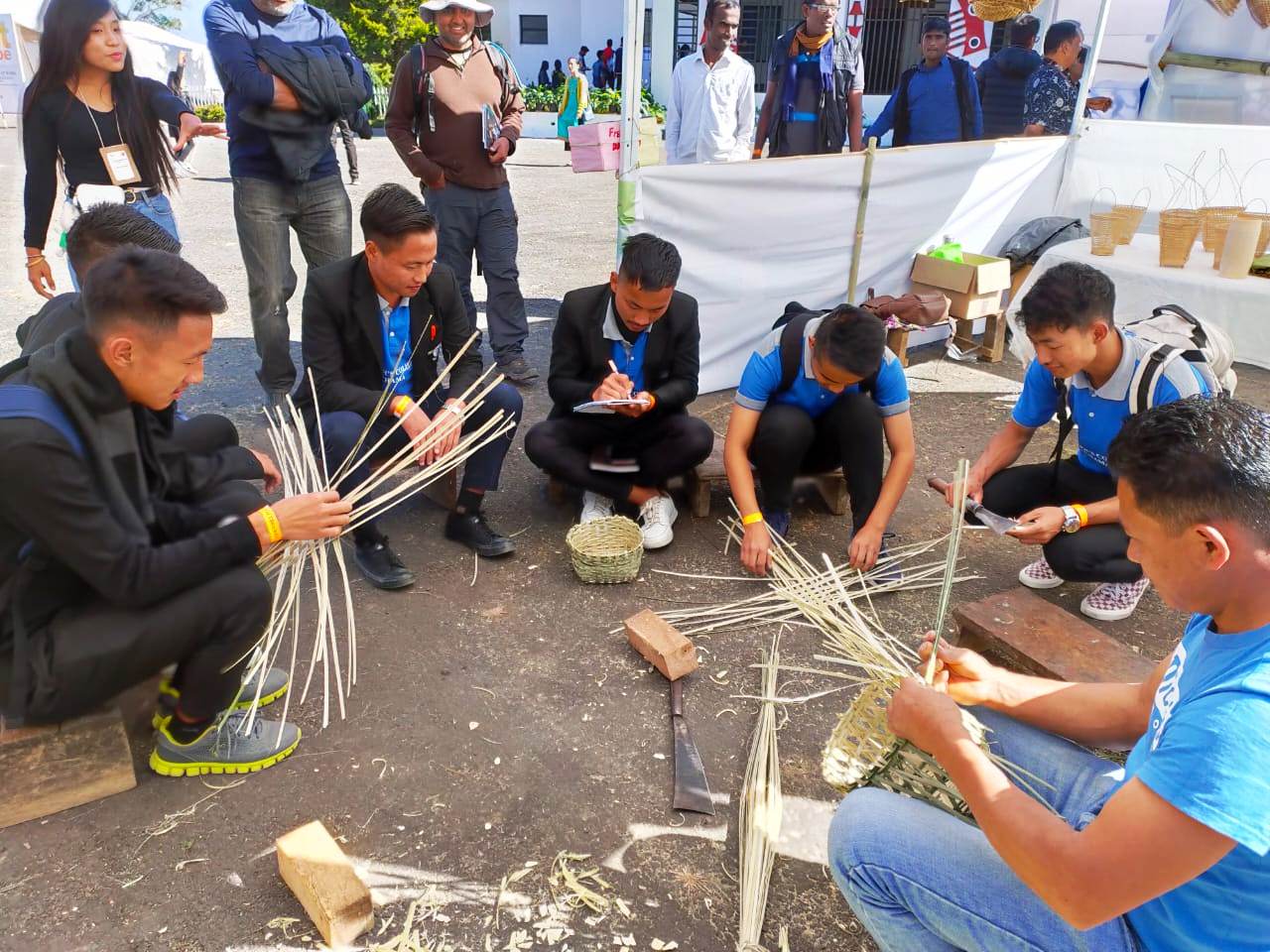 With many of them taking away a nice experience from learning traditional crafting, Retouch that envisaged “a tour of hands on re-visit to the traditional culture and craftsmanship of Naga Ancestors, to learn and to impart the knowledge” has successfully pulled this off.

Retouch began on the second day of Hornbill with Leaf Crafting that dwelt on introduction to different types of leave, crafting and design. On day three and four, Traditional Bamboo Crafting were taught wherein they were introduced to bamboo and its potential, selection of species of bamboo, technique and crafting.

In these last three days, about 300 people including tourists and local engaged themselves in learning a new art imparted to them by 5 resource persons from different villages. 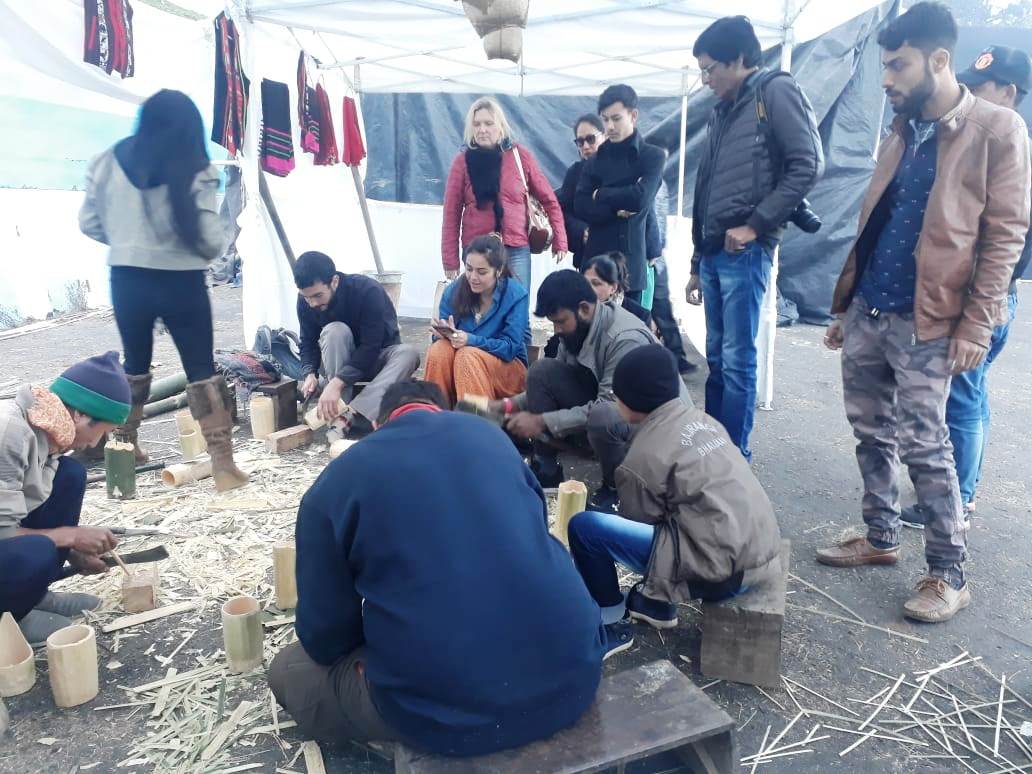 On day five and six, Traditional Wood Crafting will be taught; Traditional Weaving- complete process on day seven and eight and Traditional Rice pounding and cleaning- pounding of rice and separation of hull, bran layer and rice, finished product- on day nine and ten respectively.

Retouch is being held at Bamboo Hall Lawn, Kisama.