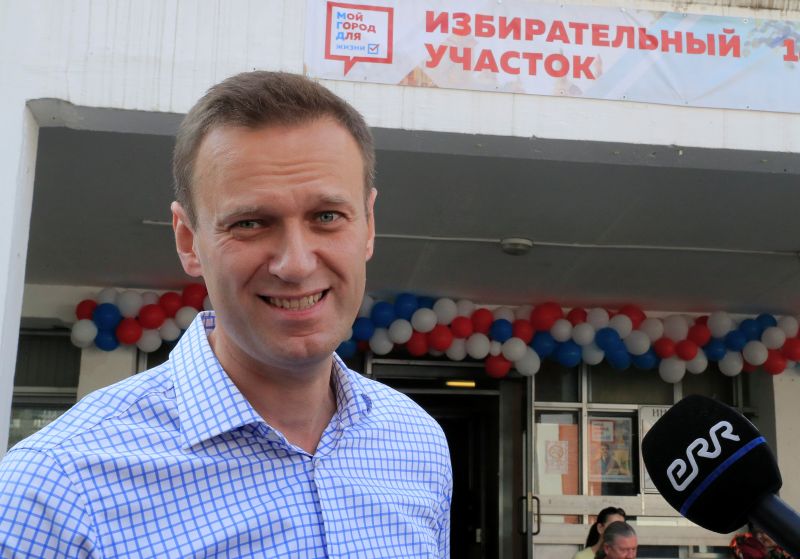 MOSCOW, September 12 (Reuters): Russian law enforcement authorities on Thursday carried out mass raids on the homes and offices of Kremlin critic Alexei Navalny's supporters, as part of an investigation into money-laundering.

Searches took place in 39 towns and cities, four days after the ruling United Russia party, which supports President Vladimir Putin, lost a third of its seats in the Moscow city assembly while easily retaining its dominant nationwide position.

Navalny had urged his supporters to vote tactically in last weekend's local and regional elections to try to reduce the chances of Kremlin-backed candidates, a strategy that appears to have had some success in the capital.

"Putin is very angry," Navalny wrote on social media after the raids. "This is a case where the actions of the police are no different from those of burglars."

Authorities told activists that the searches were related to a money-laundering investigation into Navalny's Anti-Corruption Foundation, an organisation that has published embarrassing investigations into what it says is the wrongdoing of corrupt officials.

State investigators last month opened a criminal investigation into the alleged laundering of 1 billion roubles ($15 million) by the foundation itself. It also froze a slew of bank accounts linked to the foundation, a move Navalny's allies said was a trumped-up attempt to cripple his political movement.

Kira Yarmysh, Navalny's spokeswoman, said on Thursday that the scale and nature of the latest raids was unprecedented.

Leonid Volkov, another senior Navalny ally, published a list of towns and cities where activists had been targeted.

"The overall number of searches is over 150 and no less than 1,000 Russian law enforcement employees are involved (in the raids)," Volkov wrote on social media.

He linked the searches to Navalny's tactical voting strategy and said the homes of activists, their relatives and the regional headquarters of Navalny's movement were being targeted.

Activists were being taken in for questioning, he added, saying technical hardware was being confiscated.

"The state has two tasks - to frighten and steal," wrote Volkov. "It's obvious that the aim of this operation is to destroy our headquarters structure and to obstruct the work of our (regional) headquarters."

Golos, a non-governmental organisation that monitors Russian elections, said on Thursday that the homes of its activists were also being raided by the authorities.