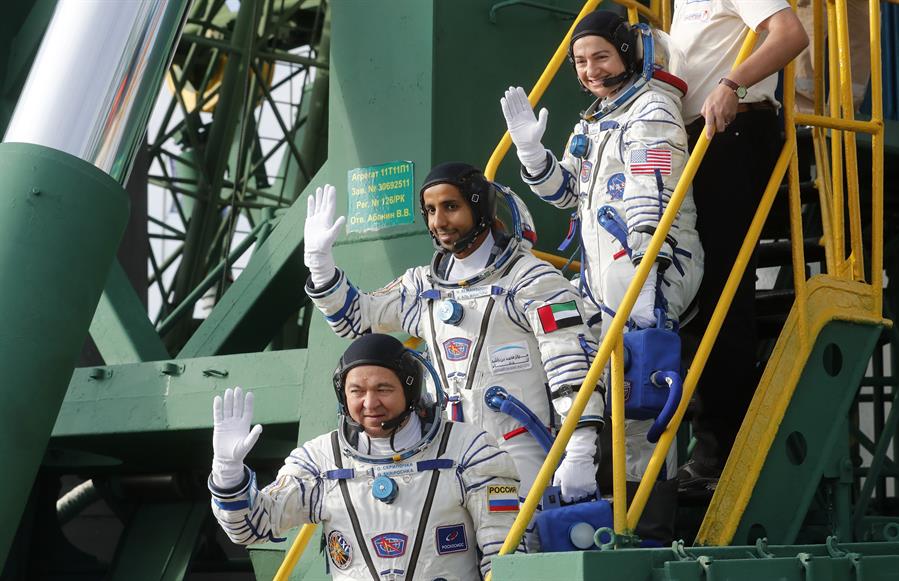 Moscow, December 6 (efe-epa).- The Russian cargo ship Progress MS-13 blasted off for the International Space Station on Friday, carrying with it essential supplies for those on board the orbital platform.

The craft is transporting more than two tons of food and equipment to the ISS so that its occupants can refuel and continue scientific experiments.

The launch took place at the Baikonur Cosmodrome in Kazakhstan with the help of a Soyuz 2.1a rocket, according to the Russia's space agency Roscosmos.

The vessel took off at 9.34 am GMT as planned, according to a live broadcast on the entity's website.

It is expected to dock at the ISS on 9 December.

The ship is taking over two tons of cargo to the orbital platform, including fuel, oxygen, medical supplies, food and about 400 liters of water, among other basic goods for the crew.

New Year's gifts are also on board the vessel for the current inhabitants of the ISS.

Russian cosmonauts Alexandr Skvortsov and Oleg Skripochka, NASA astronauts Christina Koch, Jessica Meir and Andrew Morgan, and the Italian astronaut for the European Space Agency (ESA) Luca Parmitano are currently on board the ISS as part of mission 61.

Progress MS-13 will remain attached to the ISS until July next year.

The previous freighter that carried supplies to the ISS arrived last July.

The ISS, a 16-nation project representing an investment of more than $150 billion, currently comprises 14 permanent modules and orbits the Earth at a speed of more than 27,000 kph (16,800 mph).

The station's orbit is boosted periodically with the assistance of the thrusters of docked spacecraft, as the ISS loses 100-150 meters (328-492 feet) of altitude per day due to earth's gravity, solar activity and other factors.