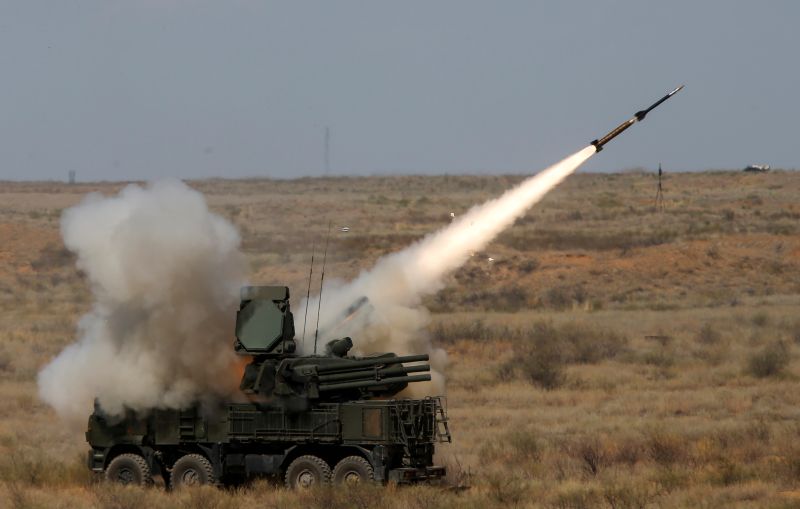 A Pantsir-S surface-to-air missile system fires a missile during the Keys to the Sky competition at the International Army Games 2017 at the Ashuluk shooting range outside Astrakhan, Russia on August 5, 2017. (REUTERS File Photo)

BELGRADE, November 8 (Reuters): A U.S. official is expected to arrive in Belgrade on Friday to discuss the purchase of advanced Russian anti-aircraft missile systems which could expose Serbia to U.S. sanctions.

Serbia's military depends heavily on Russian and former Soviet weapons technology, but Russia's arms sales have been hit by U.S. sanctions over its role in the conflict in east Ukraine.

Serbian news agency Beta said Thomas Zarzecki, an envoy for the U.S. State Department's Bureau of International Security and Nonproliferation, would discuss compliance with the sanctions during a visit that has not been announced by the U.S. embassy.

Embassy officials could not be reached for comment and the U.S. State Department did not reply to emailed questions.

U.S. concerns grew last month when Russia sent its S-400 missile defence system and Pantsir launchers to Serbia for a military drill. The move underlined Moscow's wish to keep a traditional Slavic ally on side as Belgrade pursues links with NATO and tries to join the European Union.

Matthew Palmer, a U.S. envoy for the Balkans, said last week that Serbia could risk sanctions over its arms deals with Russia. Under the sanctions, Serbia could face punishments ranging from visa bans to denial of export licences.

Late on Thursday, President Aleksandar Vucic urged Serbs not to fear broad sanctions would be imposed on Serbia similar to those of the 1990s during the Balkan wars.

"When the U.S. are deciding about such sanctions ... they are imposing it against a company or an individual, not against an entire nation," he said.

Serbia declared military neutrality in 2006 and joined NATO's Partnership for Peace programme in 2015, though it is not seeking full membership of the U.S.-led alliance.

Serbia has also relied on Russia for support in its refusal to recognise the independence of its former southern province of Kosovo, which seceded in 2008 after a guerrilla uprising. NATO peacekeepers remain in Kosovo.