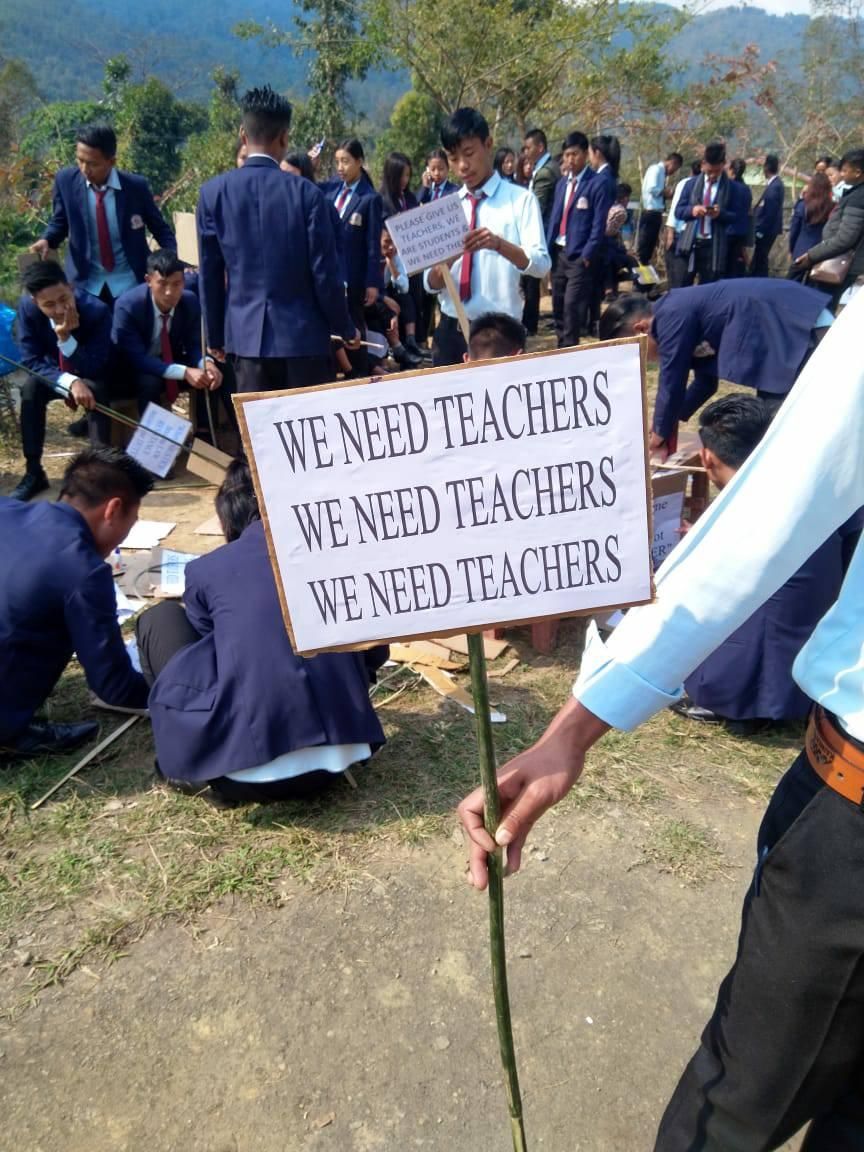 ENCSU, General Secretary, Wangnei C Jessuhu and Assistant General Secretary, K. Chumseli Anar in a press release firmly made the demand to State Government and the Department of Higher Education to look into the matter with immediate and provide the lecturer as per the University Grants commission (UGC) Guidelines.

Further, the ENCSU stated that student community will simultaneously go on “Gandhian peaceful and non-violence protest until the demand is fulfill since this an open deprivation to students of Eastern Nagaland College. Student’s suffering is government suffering”

Meanwhile, the Union extended its unceasing support to the stand of Wangkhao College student’s demand and said that it is the topmost priority of ENCSU to voice out for the welfare of eastern colleges and their career.

While stating that the State Government should give essence to education as education is the mother of all professions and all round development, the ENCSU urged the Department and Government to immediately provide the lecturer at the earliest as “semester exam is also approaching at the door.”