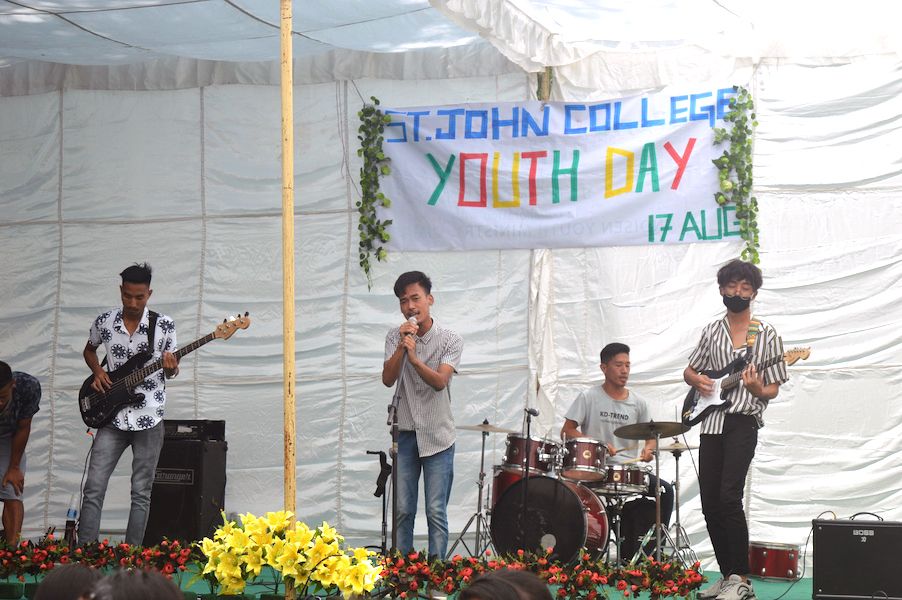 Dimapur, August 18 (MExN): St John College Dimapur belatedly celebrated Youth Day in the college campus on August 17. All 12 of the college departments participated in the event, organizing different competitions and events in order to encourage the students to exhibit their talents. Additionally various clubs of the college showcased their creativity in various ways.

Administrative Head, St John College, Peter Banks in a press release stated the event began with a debate competition organized by the department of political science and drama performances from the students of zoology department and drama club respectively.

The department of physics and mathematics also conducted a quiz competition on the topic ‘General Awareness on Science.’

The department of education initiated creativity competition, the Red Ribbon Club arranged a drawing competition on the theme of AIDS, while philosophy and sociology department came up with essay competition.

The release added there was also art exhibition by chemistry department in the college lobby which showed the artistic talents of the science students.

Meanwhile the department of english held a poster making based on the theme of 'Youth Life.'

The students also witnessed dance performances from dance club and botany department. Also, the students from music club enthralled the audience with songs.

To conclude the day's festivities, a speech on behalf of the teachers was given by Topeli Kiho, Assistant Professor, department of political science which was followed by a note of gratitude by the Principal Professor Dr ST Janetius.
The event came to an end with result declaration of various competitions by Kalika Swu of 5th semester, event management leader and a vote of thanks by Toshienla Pongen of 5th semester, assistant event management leader.