Thunberg v Trump: A trillion trees is 'not enough' 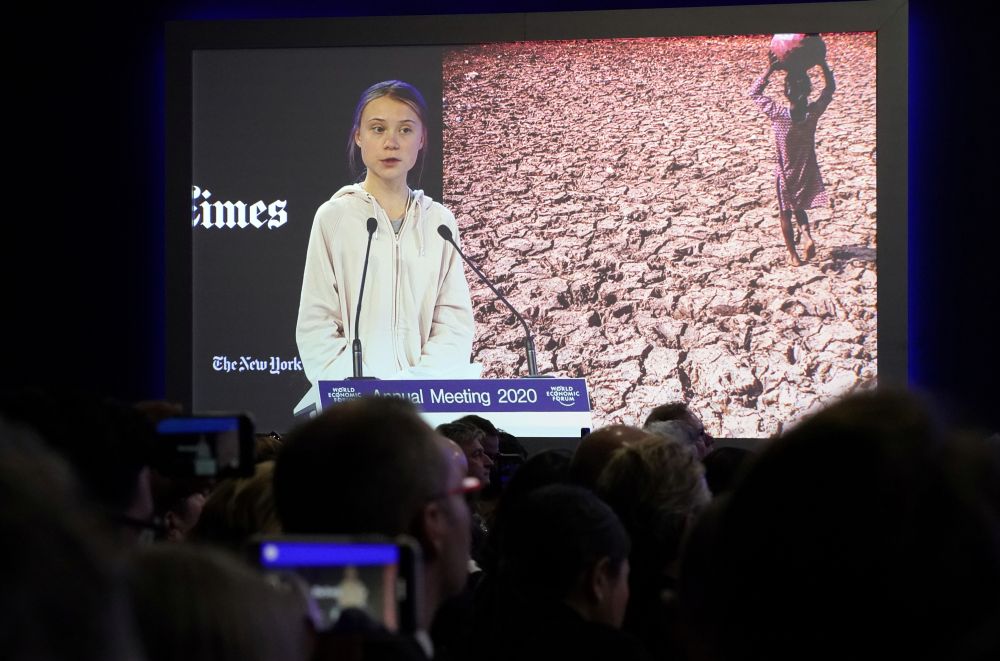 DAVOS, Switzerland, January 22 (Reuters) - Activist Greta Thunberg said on Tuesday planting trees was not enough to address climate change, in an apparent rebuke to a pledge in Davos by U.S. President Donald Trump an hour earlier.

Trump dismissed "perennial prophets of doom" on climate change in his keynote address. While he did not directly name Thunberg, she was sitting in the audience for his speech.

Trump announced the United States would join an initiative to plant one trillion trees, but also spoke at length about the economic importance of oil and gas and called climate change activists the "heirs of yesterday's foolish fortune tellers".

"Our house is still on fire," Thunberg said in her speech, repeating her remarks at the annual meeting of the World Economic Forum a year ago.

"Your inaction is fuelling the flames," the 17-year-old added, in the latest to-and-fro with the 73-year-old president.

Their debate around climate change appears an attempt by both to frame the argument, with Thunberg calling for an immediate end to fossil fuel investments in front of a packed audience an hour after watching Trump make his keynote address in the Swiss ski resort.

Thunberg responded by referring to "empty words and promises" by world leaders. "You say children shouldn't worry... don't be so pessimistic and then, nothing, silence."

She said: "Planting trees is good of course, but it is nowhere near enough of what is needed, and it cannot replace real mitigation and rewilding nature."

Earlier, Thunberg called on world leaders to listen to young activists, who have followed her to Davos this year.

"I'm not a person that can complain about not being heard," she said, prompting laughter from the audience on the first day of the annual WEF meeting.

Several young activists have travelled to Davos, which has chosen sustainability as its main theme this year.

Thunberg has inspired millions to take action on climate change. A video of her giving Trump what media described as a "death stare" at a U.N. climate summit in New York in September went viral on social media.