Washington, November 10 (IANS): US President Donald Trump has said that he was likely to release the full transcript of his April telephone conversation with his Ukrainian counterpart Volodymyr Zelensky on Tuesday, a day before public impeachment hearings were set to begin in the House.

Trump called Zelensky to congratulate him in April after his victory in that country's presidential election, and then again in July, reports Efe news.

A rough transcript of the July 25 call has already been released by the White House.

Representative Devin Nunes, the top Republican on the House Intelligence Committee, has submitted a list of eight individual witnesses that he would like to testify as part of this week's public hearings into whether the President committed an impeachment offence in his dealings with Ukraine.

Three senior US diplomats who worked on Ukraine issues were scheduled to appear in open hearings, all of whom have testified behind closed doors recently that they were alarmed by the July call in which the president appeared to link defence aide to the Ukraine with his demands that the country launch investigations into the Hunter Biden's work for an energy company there.

"Americans see through this sham impeachment process," Nunes wrote in a letter addressed to his Democratic counterpart, Adam Schiff, the chairman of the intelligence committee. Nunes outlined his list of witnesses that he hopes to call "to provide transparency to your otherwise opaque and unfair process," he wrote.

Democrats are unlikely to accede to calling the anonymous whistleblower, whom Republicans are eager to hear from publicly, or the younger Biden.

Schiff said he was evaluating the Republican witness requests - but suggested that he would not allow the hearings to be used to launch an investigation of Biden, who is running for the Democratic presidential nomination and could face off with Trump in next year's general election.

"This inquiry is not, and will not serve, however, as a vehicle to undertake the same sham investigations into the Bidens or 2016 that the President pressed Ukraine to conduct for his personal political benefit, or to facilitate the President's effort to threaten, intimidate, and retaliate against the whistleblower who courageously raised the initial alarm," Schiff said in a Saturday statement.

They have also requested to hear from any of the people the anonymous whistleblower relied upon as sources to draft his nine-page complaint that sparked the impeachment inquiry when it was released publicly in September.

Trump has suggested, without evidence, that Vice President Biden took official actions that would have benefited the company while his son sat on the board.

Hale, Morrison and Volker were key national security advisers when all the events took place.

Chalupa helped disseminate research on Trump campaign chairman Paul Manafort's work in Ukraine to US diplomats and journalists. And Ohr was a researcher who worked on a dossier of unverified material compiled by former British spy Christopher Steele that was critical of Trump. Some of that dossier was reportedly compiled from Ukranian sources. 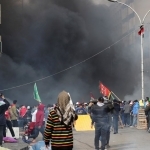 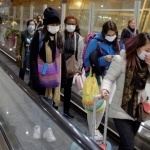