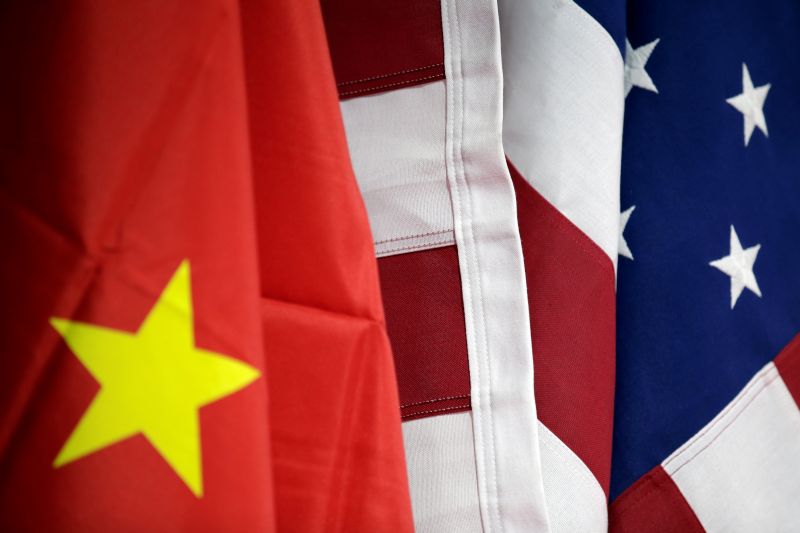 Flags of U.S. and China are displayed at American International Chamber of Commerce (AICC)'s booth during China International Fair for Trade in Services in Beijing, China on May 28, 2019. (REUTERS File Photo)

UNITED NATIONS, September 17 (Reuters): The United Nations Security Council unanimously agreed on Tuesday to extend a U.N. political mission in Afghanistan after last-minute talks overcame a Chinese threat to veto if there was no reference to Beijing's global Belt and Road infrastructure project.

The final language - drafted by Germany and Indonesia - adopted by the 15-member council does not mention the project.

"To our regret a few countries refused to keep the text of consensus previously agreed," said China's U.N. Ambassador Zhang Jun, describing the adopted resolution as a technical rollover.

The resolutions mandating the mission in 2016, 2017 and 2018 all included a reference welcoming and urging efforts like China's Belt and Road initiative to facilitate trade and transit, but in March the United States and some other council members said they could no longer accept that language.

The council agreed then to a six month rollover of the mandate of the U.N. mission, known as UNAMA, and that expires on Tuesday. A planned vote on Monday was delayed to Tuesday to allow for further negotiations as diplomats said China had signaled it was prepared to veto the text.

To pass, a resolution needs nine votes in favor and no vetoes by the United States, China, France, Russia and Britain.

U.S. Ambassador to the U.N. Kelly Craft said the renewed mandate adopted on Tuesday had been updated to address new developments on the ground.

But she added: "The reason we cannot empower the mission with a stronger, substantive mandate today is a member's insistence on language that highlights national political priorities rather than ways in which we can most effectively assist the people and the government of Afghanistan."

The U.N. mission, which was established in 2002, is helping Afghanistan prepare for Sept. 28 elections and is pushing for peace talks between the Afghan government and the Taliban.

Talks between the United States and the Taliban militants on a U.S. troop withdrawal fell apart earlier this month. There are 14,000 U.S. forces and thousands of other NATO troops in the country, 18 years after a U.S.-led coalition invaded following the Sept. 11, 2001, al Qaeda attacks on the U.S. 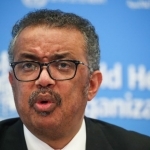