On Hindi Diwas, a day celebrated annually on September 14 to mark the adoption of Hindi as one of the official languages in India by the Constituent Assembly, the Union Home Minister Amit Shah rekindled a recurring controversy by pitching that the language could possibly become the “unifying factor in India.”

His speech at a function celebrating the day as well as a tweet suggesting the Hindi language as “the identity of India in the world” sparked off a row with opposition leaders, particularly from South, perceiving it as “an attempt to impose Hindi on them.” Many on social media also likened it to tactics employed as distraction from current economic downturn.

The initial concern is not unjustified, and coming on the heels the controversy just a few months back regarding the new “three-language formula” under the draft New Education Policy 2019, carries more weight than ever.  While contentious paragraph in NEP was subsequently revised, the move from the existing “two-language formula” was seen as a move to impose Hindi on the non-Hindi speaking states,” stated a Business Standard’s explainer on the subject matter.

This is not the first time that the country is witnessing protests against Hindi. Tamil Nadu had always resisted the "imposition" of Hindi and The Hindu in a report traced “the genesis of the campaign...to the opposition spearheaded by EV Ramasamy, also called Periyar, to the decision of the C Rajagopalachari Cabinet in August 1937 to make Hindi compulsory in secondary schools."

The second round of anti-Hindi protests erupted in 1965 in the light of reports that Hindi would replace English as the official language triggering “strong reactions,” and “to this day, the two-language formula has been the policy of the State government, regardless of the party in power,” it informed adding the issue is as seen the "hegemony" of the North and the "introduction of mono culture."

Opposition in many "non-Hindi speaking states" including West Bengal, Kerala and Karnataka have also slammed the latest HM’s suggestion.

In Nagaland, while many are ambivalent regarding the issue, some at the helm of affairs seem to concur with HM’s contention.  On Twitter, Nagaland Deputy Chief Minister reposting Shah’s tweet appealed “to the people to communicate more using our own mother tongues, and at the same time use Hindi too. Let’s not see the celebration as an imposition of Hindi, but rather a unifying language.”

In an unrelated event, but with similar context, a comment by Minister of Public Works Department (PWD) on ‘personal experience’ about the ‘beneficial’ value of Hindi created some ruckus on social media last monthwith both side of the debate either criticising or vaunting it.

Against this backdrop, on International Day of the World’s Indigenous Peoples (August 9), the UN human rights experts noted that “of 7,000 indigenous languages spoken today, four in 10 are in danger of disappearing” and called “for a decade of action to reverse the “historic destruction” of age-old dialects.”

“Nation-building” had been largely responsible for “ongoing discrimination” against native speakers, it added, cautioning that such policies can undermine and effectively destroy a culture and even a people.”

According to UNESCO's Atlas of the World's Languages in Danger, out of 900 languages in India, 197 are marked as endangered, including 80 from northeast India.  Many Naga languages have been classed as “vulnerable,” with the possibility of going through the initial stage of endangerment and some on the verge of extinction due to globalisation and shift in socio-cultural-political dynamics.

Last month, The Morung Express reported that while around 90 indigenous languages are spoken in the state, 18 languages are recognised and four - Tenyidie, Ao, Lotha, and Sümi are taught till class 12.  In August, the Chief Minister also told the State’s Assembly that the government is setting up an Institute of Naga languages, though a definite time frame cannot be made at this juncture. It was informed that four Naga local languages have been approved till class X and above while 18 local dialects were approved upto elementary school level as a subject.

In this connection, the resolution expressing deep concern on the attempt to force Hindi as a “compulsory” language at various levels” adopted by the Private College Association Nagaland (PCAN) and All Nagaland Private School Association (ANPSA) Central in a consultative meeting held Dimapur on September 16, is a much needed intervention.

Safeguarding the indigenous languages is more paramount than effusive endorsement of ‘mono-culture,’ which the State government seems to recognise, albeit with diverging views.

Unequivocal consensus is pertinent at this juncture to convey  that optionality is the best option. 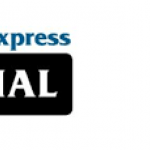