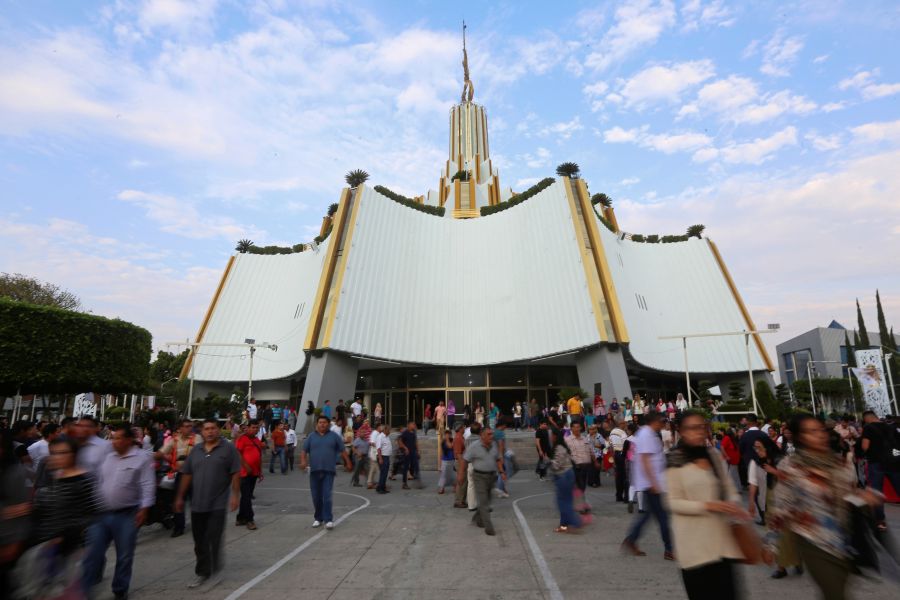 Devotees are seen after a prayer vigil at the La Luz del Mundo (The Light of the World) church after its leader Naason Joaquin Garcia was arrested in California, in Guadalajara, Mexico on June 5, 2019. (REUTERS File Photo)

Sochil Martin said in a lawsuit filed in California that she was born into a family of church members who groomed her from childhood to become a sexual slave to its leaders until she fled more than three years ago.

La Luz del Mundo, which means Light of the World, claims to have 1 million followers in dozens of countries. Headquartered in Guadalajara, the church follows what its leaders say are early Christian teachings.

Now 33, Martin, said for 22 years she was trafficked by the church through California and Mexico, enslaved by its leaders, repeatedly raped and severely beaten, according to the lawsuit filed on Wednesday in federal court.

"I was taught to believe that my body, my mind, my soul belonged to La Luz del Mundo because it was the will of God,” she said at a news conference in Los Angeles on Thursday.

She urged other victims to come forward, saying in the lawsuit that she had seen or knew of hundreds of other children and young women sexually abused by church leadership.

Church leader Naason Joaquin Garcia is being held in custody in California, charged in a separate criminal case with multiple sex crimes, including rape of a minor and a woman, as well as conspiracy and extortion.

He was arrested in June 2019 in Los Angeles.

His lawyers have claimed that evidence in the criminal case was based on the ability to doctor photos and manipulate social media and that Joaquin Garcia was the victim of a "high-tech hit job".

The church said in a statement that it trusted legal institutions and asked the media to avoid expressing opinions that violated the presumption of innocence.

"We reiterate our confidence that this case will be resolved to the law and it will demonstrate the innocence of the Apostle of Jesus Christ, Naason Joaquin Garcia," it said.

Joaquin Garcia's lawyers did not respond to requests for comment on Martin's civil lawsuit.

Martin left the church in 2016 but said in the court documents that she has been threatened and smeared by the church since then and lives in fear.

The lawsuit seeks a jury trial and unspecified damages for emotional distress, lost economic opportunity and wages, physical injuries and other abuses.

She estimated she worked at least 30,000 hours of unpaid labor for the church.