‘We should stand for what is unique about us, our way of life’ 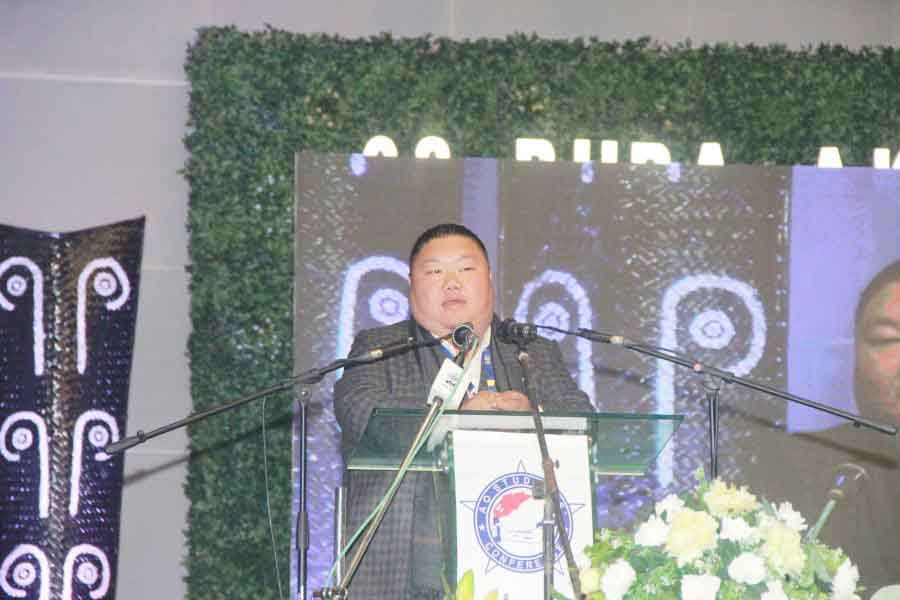 Khar, January 15 (MExN): Minister for Higher & Technical Education and Tribal Affairs, Temjen Imna Along today said, “I am not saying ILP will completely protect us from CAA; but till today, ILP is not properly implemented in the State and it is our fault.”

The Minister was reacting to MLA Moatoshi’s statement, where the MLA said “Nagaland to become second Tripura is very real because of the looming threat of CAA.”

Along was speaking as the introductory guest in the inaugural programme of the 68th Ao Students' Conference (AKM) general conference at Khar village under Jangpetkong range of Mokokchung District on January 15.

The Minister said that “there will be many such bills and Acts like CAA in the future but whatever the Act or bill may be, read through the document thoroughly and find how to be strong in our way of life.”

“We should stand for what is unique about us: our rich culture and customary practices and our way of life,” he asserted.

“Article 371 (A) is a commitment to the Nagas by India, and if it is betrayed then we will be the first to stand against it,” he added.

The Minister further held that the student fraternity should have boldness of heart as well, fear the living God and be humble towards all people.

More than 2000 official delegates from six ranges and 38 sub-units are attending the three-day AKM general conference held on the theme, “Reinvigorate” at Khar village.